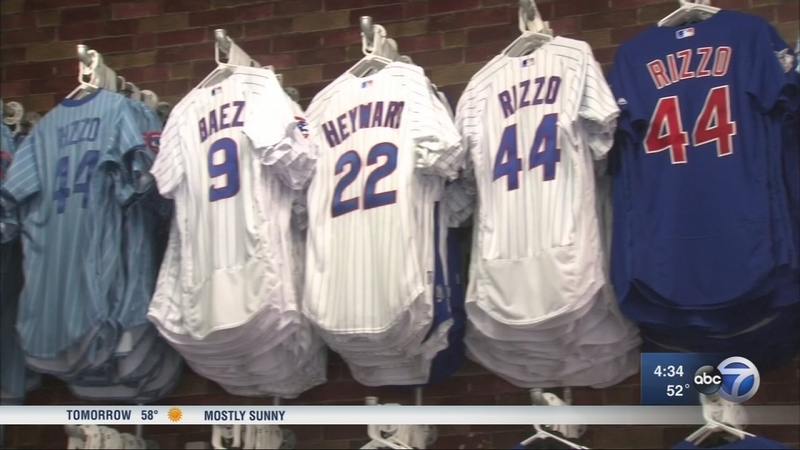 CHICAGO (WLS) -- Nearly two weeks since the Cubs have won the World Series, people are still stocking up on Cubs gear. However, some consumers may be picking up fake merchandise, the FBI warns.

"Counterfeiters are taking this opportunity to distribute and flood the market with tons of counterfeit and fake memorabilia," said Garrett Croon, an FBI spokesman.

"You're going to see a lot of fake autographs, fake memorabilia, it could advertised as a game-worn jersey worn by Anthony Rizzo then you get it and it's completely off," Croon said.

Store owner Bradley Rosen said one way to tell something is official is by a sticker. And with the sticker comes a higher price tag.

All sports teams share in revenue from licensed items, which means teams are not supported when people buy counterfeit gear, according to the Cubs.

"If the t-shirt or printing looks sharp, you've got something that's somewhat closer to legal as opposed to fuzzy printing or bad colors or something that doesn't look right," Rosen said.