Father throws himself in front of bull at Texas rodeo, saving son | Video 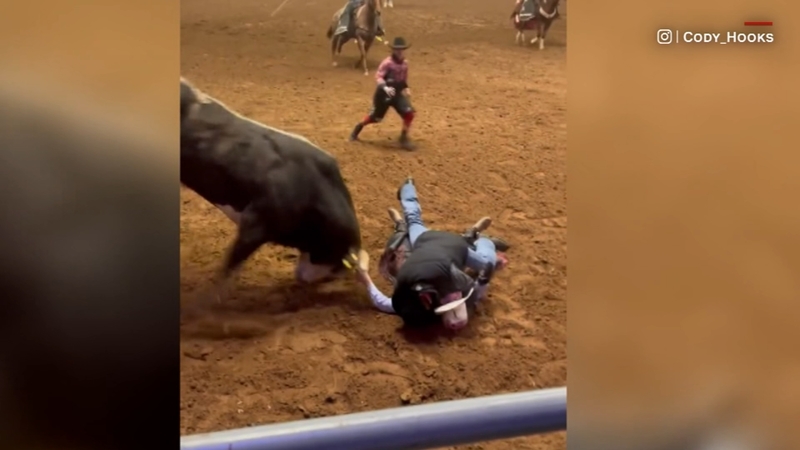 BELTON, Texas -- A heroic display of a parent's protective love took center stage at a Texas rodeo and then all over social media.

For the first time since the pandemic cut its season short in 2020, fans of the Houston Livestock Show and Rodeo in Texas flocked to the event, just in time to celebrate its 90th anniversary.

But it was a smaller rodeo in Belton, Texas that made headlines, after video of a rodeo rider's brush with danger went viral, KHOU reported.

Cody Hooks, 18, was almost immediately thrown from a bucking bull. He was visibly dazed from his fall.

RELATED: Rams' Matthew Stafford criticized for reaction after photographer falls off stage in front of him

That's when his father, Landis Hooks, could be seen throwing himself on his son, shielding him from the massive, still-thrashing animal.

Cody Hooks later posted the heroic moment, thanking his father and fellow bullfighters for their quick and selfless actions.