Police investigate death of infant found not breathing in Englewood 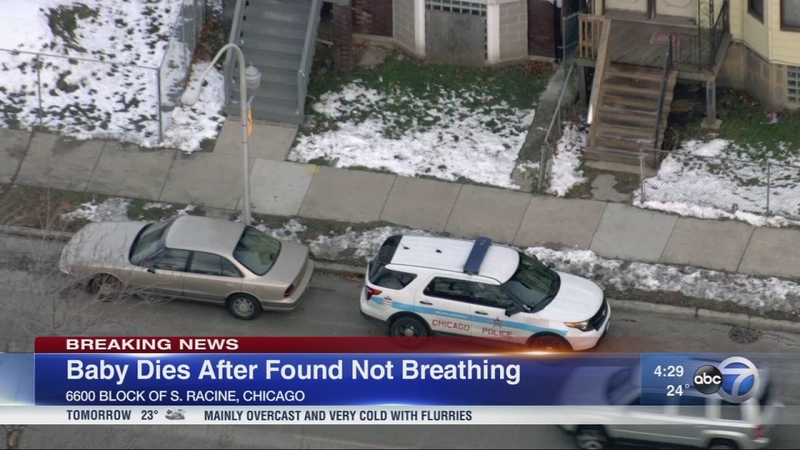 Infant's death under investigation as suspicious

CHICAGO (WLS) -- Chicago police are investigating the death of a 1-month-old baby who pronounced dead Wednesday afternoon after being found not breathing at a residence in the city's Englewood neighborhood.

Fire officials said paramedics responded to the 6600-block of South Racine, where they found the baby. The infant was taken St. Bernard Hospital where he was pronounced dead.

Police said a 911 call was placed by the infant's mother between 2 and 3 p.m., but that the mother was not home with the child at the time. The mother received a call from a babysitter who was at the home with the boy, police said.

Police said they consider the death suspicious, but there were no obvious signs regarding how he died. Police said they are not questioning anyone at this time and do not currently have anyone in custody.

The baby's cause of death is not yet known.