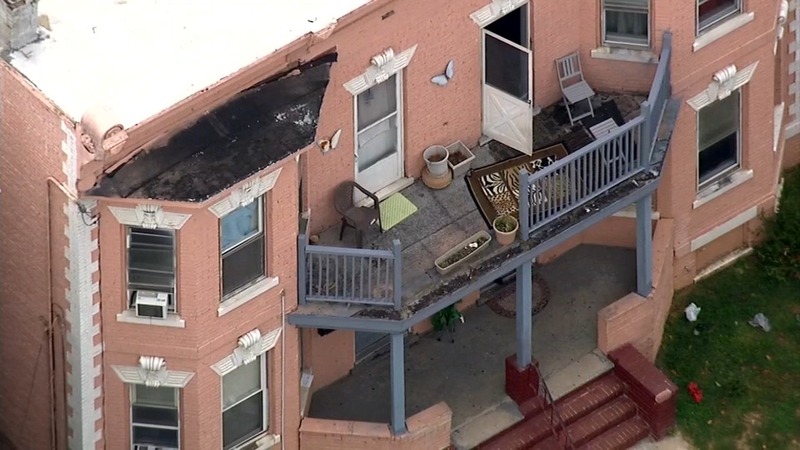 PERTH AMBOY, New Jersey -- Two children fell when a railing gave way on a second floor balcony of a building in Perth Amboy, New Jersey. Tragically, one child was killed and another was injured.

It happened after 5 p.m. on Brighton Avenue.

Police spent all night taking measure of this tragedy. It is such a difficult case that one officer, who was among the first on the scene, was himself overwhelmed.

It happened after school on this quiet residential block by the Raritan River.

Investigators say the 9-year-old boy who lives there was playing with a 13-year-old friend from down the block. Adults were inside, and the kids were on the balcony.

"The railing did give way. I can't give a reason why it gave way, but it looked like the two boys were on the balcony together, in a playful manner, and the balcony gave way," Carey said.

Paramedics rushed both boys to the hospital but doctors could do nothing to save the 9 year old, a student at nearby Wilentz Elementary School.

Detectives are trying to figure out what went wrong.

"At this point this incident looks like a tragic accident, there is no indication of criminality, we will complete our investigation to make sure that's the case," Carey said.

But whatever they conclude won't really have much impact on the worst night of a family's life.