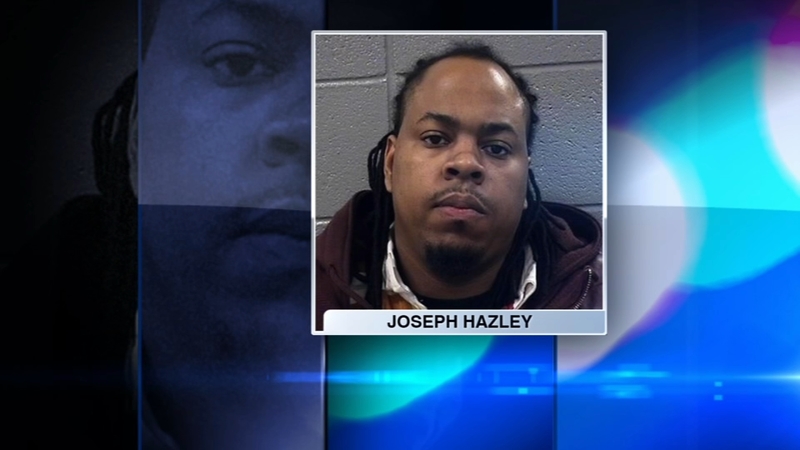 CHICAGO (WLS) -- A federal jury convicted a Chicago man on sex trafficking charges for arranging a commercial sex encounter for a 16-year-old girl that ended in the child's murder in a south suburban garage.

Evidence at trial revealed that Hazley posted 16-year-old Desiree Robinson's information in commercial sex advertisements on Backpage.com, and arranged multiple meetings for her to engage in prostitution. Hazley drove Robinson to several meetings in the Chicago area in December 2016.

One of the meetings occurred in the early morning hours of Christmas Eve, after a customer had responded to Hazley's posting. Hazley drove Robinson to Markham and waited in his car a few yards from the garage while she met with the customer. During the encounter, the customer allegedly murdered Robinson.

In 2018, Hazley's co-defendant, Charles McFee, plead guilty to conspiracy to commit sex trafficking of a minor.

The alleged customer, Antonio Rosales, was arrested by the Chicago Police Department and charged with murder in Cook County Criminal Court.