Boys cause thousands in damage to Disney bus at Volo museum 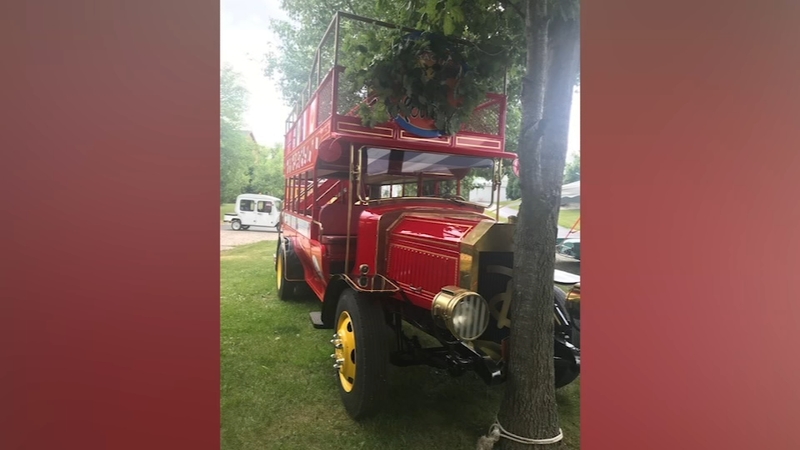 VOLO, Ill. (WLS) -- Two children got an unexpected ride after they climbed aboard an antique double-decker bus at a suburban car museum.

The bus had been a feature at Epcot Center in Disney World for nearly 50 years, carrying characters to mingle with park guests.

"It's seen better days," said Brian Grams of Volo Auto Museum. "Disney had retired it in early 2000, and it must have been sitting a long time. The wood was split, the paint was faded and chipped and scratched."

While the bus was being repaired, it was stored in a restricted area and marked with "do not touch" signs. But on Monday, two 10-year-old boys climbed inside the bus anyway, Lake County Sheriff's police said.

Once inside, the boys took the bus out of park, which allowed it to roll about 80 feet into a tree.

The bus sustained minimal, but expensive damage estimated to cost between $5,000 and $10,000. The boys were not hurt.

Police said the boys' parents were with them at the time and exchanged insurance information with the museum.

"I understand it, they're kids," Grams said. "I've got kids, too. They can be hard to control sometimes. But when there are 'do not touch, do not enter' signs, it's not for our health or because we're being greedy."