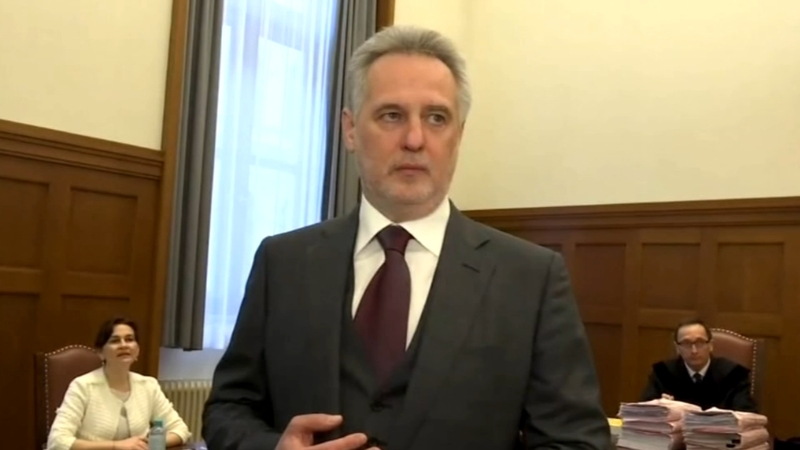 CHICAGO (WLS) -- A wealthy Ukrainian businessman, under investigation by the ABC7 I-Team for six years, on Thursday found himself neck-deep in the swirling impeachment case against President Donald Trump.

The businessman is Dmitry Firtash, charged in a bribery conspiracy case in Chicago.

The I-Team has uncovered new details about Firtash, Trump and a shadowy Russian-born man who claims to be the connection between both.

Firtash is a Ukrainian oligarch with Russian mob connections, according to prosecutors, who has been trying to avoid extradition from Europe to Chicago, where he's charged in an allegedly corrupt business deal.

The self-professed middle man is Soviet-born Lev Parnas, who now says he attempted to get Firtash's help in digging up dirt on one of President Trump's Democratic opponents.

Parnas is painting himself as the missing link between Firtash and Trump in a case the I-Team has been working to unravel since 2014, when Firtash was mysteriously indicted here.

"Mr. Firtash is a gentleman that just doesn't see anybody... and it's impossible to even get to meet with him," Parnas said on MSNBC in an interview with Rachel Maddow. He told Maddow that he was able to meet with gas tycoon Dmitry Firtash because the men had something to offer each other.

Parnas claims he was on a mission from Rudy Giuliani, President Trump's personal attorney, who wanted political ammo in Ukraine against former vice president Joe Biden and his son Hunter.

"For us to be able to receive information from Firtash, we had to promise Firtash something," Parnas said.

Firtash has been trying to avoid extradition to Chicago, where he is federally charged with trying to bribe Indian officials in a deal to sell titanium to Boeing.

Firtash's name is seen on a hotel notepad released by House investigators, allegedly written by Parnas in Austria where the oligarch is holed up. The note reads "cut deal or get dismissed, apparently referring to Firtash's criminal case. Another note states that Parnas wants to get the Ukrainian president to announce the Biden case will be investigated.

"It was all connected," Parnas said. "I mean, it was all - at the end of the day, it was all - the agenda was to make sure that the Ukrainians announced the Biden investigation."

"Well I don't know him" said President Trump on Thursday. "I don't know Parnas, other than I guess I had pictures taken, which I do with thousands of people ...I can only tell you this thing is a big hoax. It's a big hoax."

Even as President Trump claims not to know him, Lev Parnas' lawyer released photos and a video of the men together that suggest otherwise.

The undercurrent played out as U.S. senators were sworn in Thursday as jurors in the Trump impeachment trial.

"When we take that oath of office, each and every one of us swearing impartial justice, we need to remember that not only is America watching, but history will hold us accountable" said Sen. Dick Durbin, D-IL.