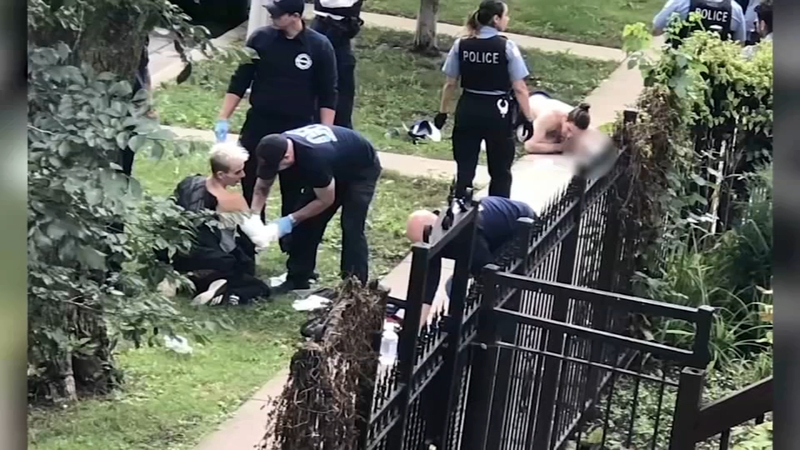 CHICAGO (WLS) -- A Chicago police officer shot a pit bull that attacked another officer and a pair of dog walkers in Logan Square on the city's Northwest Side Thursday.

The attack occurred in the 2400 block of North Lawndale, just before 12 p.m.

Neighbors were forced to watch in horror as a pit bull out for a walk mauled his handlers.

"I was inside and I just heard screaming like, 'Help, call 911, call 911,'" said Kimberly Pineda, who lives in the neighborhood.

People who live nearby said that a man and a woman were housesitting for the dog's owner. The pair took the 1-year-old canine out for a walk when dog suddenly turned on them, witnesses said.

Some said the dog is known to be aggressive.

"We all know that one dog to be really aggressive, just barking at people and trying to launch at them," Pineda said.

The man and woman were both bitten on their arms while they tried to restrain the dog, according to a friend.

"Officers responded on scene. At that time, the dog bit the officer on the arm," said Chicago Police Officer Roberto Garduno. "A sergeant was able to respond on scene and was able to shoot the dog."

Chicago's Animal Care and Control also responded to the scene.