Kat Dennings, 'Dollface' cast and crew talk bringing the friends into their 30s for season 2 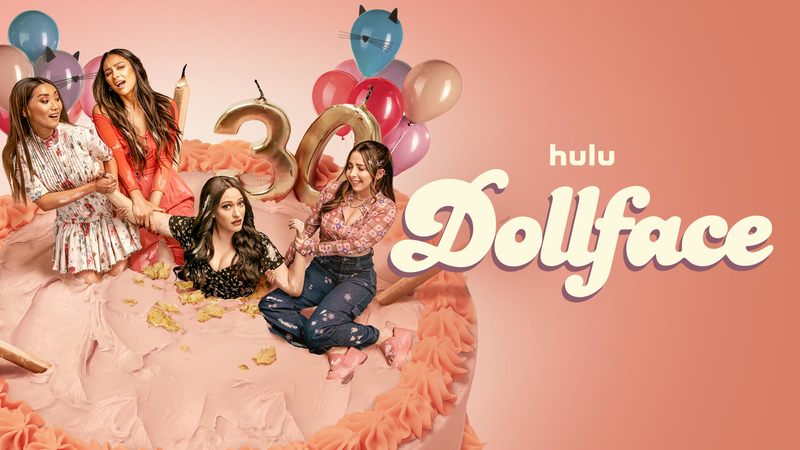 NEW YORK -- "Dollface" is back for season 2 on Hulu and it brings the four friends into a new decade, their thirties.

"The turning 30 thing is kind of the theme of the season for kind of everyone but especially Madison and Jules because their birthdays are a few days apart from each other," said Kat Dennings, "Jules."

"Her life is like her worst nightmare because of her relationship falling apart she focuses on her job and when that's taken from her, again no spoilers, but it's kind of like, it's taken from her, she doesn't know what to do because she's always, she's a control freak, she needs something to focus on so that's what she focuses on the thirty, her turning thirty because that's all she can do," said Brenda Song, "Madison."

Nevertheless, Madison persisted. 🙌 Watch the start of her new chapter when Season 2 of #Dollface premieres on Friday, only on @hulu. pic.twitter.com/Naweo6qxzC

Season 1 saw major breakups for both Jules and Madison, but this new season also brings changes for Stella and Izzy with their careers.

"I mean Stella definitely missed her friends of course but I think she also realized that trying to fit into this corporate world wasn't really her," said Shay Mitchell, "Stella."

"One thing she goes through that I actually went through this year myself too was the complications of working with friends and the expectations, and just I learned a lot about myself just in seeing Izzy go through that experience because you know, Jules and her work so closely together and that's complicated. I don't know if you've ever worked with a girlfriend but that can be tricky," said Esther Povitsky, "Izzy."

Creator and executive producer of the show Jordan Weiss says that she's really grown up with the characters on the show.

"I wrote the pilot when I was 22 and now I'm 29 turning 30 like the girls on the show, and so I've really grown up with this fictional friend group in my head throughout my 20s,"

She draws from her own life experiences to come up with which direction to take the show.

Showrunner and executive producer Michelle Nader has worked with Kat Dennings for more than a decade, and now, they wouldn't have it any other way.

"Well I said to her that I basically only want to do shows with Kat Dennings, that's it, that's my signature, why would I want to do any other show?" Nader said.

"I started working with her on Two Broke Girls on like the first episode when I was a baby, child, I was like 23, um yeah, and now she's here as our showrunner and writer and she's wonderful, incredible, just a dream in every way I really, we really lucked out," Dennings said.

All involved feel that the secret to the success of the show is the focus on the importance of female relationships.

"But I just love a show about friendship in this way that was not about men or boys or whatever it was about women and friendship getting you through all those things," Nader said.

"I wanted to do a best friend love story, like a friendship in the style of a romantic comedy, like the movies that I love," Weiss said. "It was something I like to watch that I hadn't seen so I created the show that I wanted to watch."

"Dollface" season 2 premieres Friday, February 11 on Hulu with all 10 episodes.

Getting it together is a group effort. 🙌 Your favorite girl gang is back when #Dollface Season 2 premieres February 11, only on @hulu! pic.twitter.com/2mCZAbkHJY