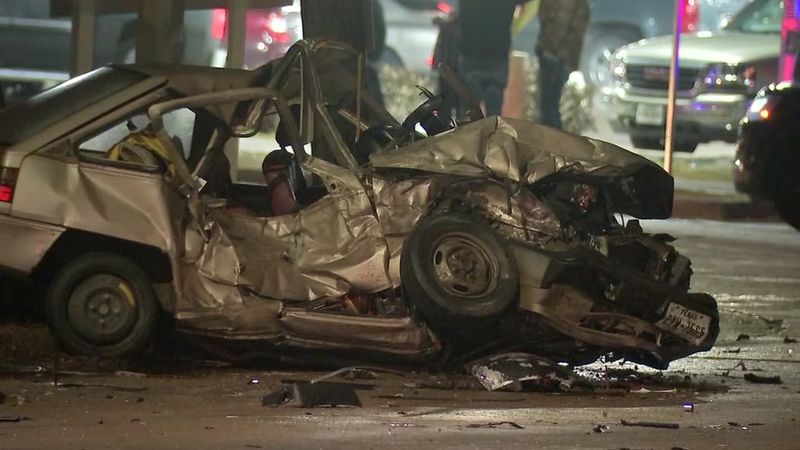 Police say a 20 year old suspected drunk driver hit and killed a 61 year old man, then tried to run away. A random passerby who was getting gas nearby saw the whole thing, chased after him, and detained him before police arrived. #abc13 pic.twitter.com/M9vybasasL

Investigators say a 60-year-old man, driving a Mitsubishi Mirage was making a turn on West Southmore when the suspected drunk driver smashed into him.

Police were told by witnesses that once the suspected drunk driver crashed into the Mitsubishi he grabbed his identification from the vehicle and tried to run northbound of Allen Genoa.

A 20-year-old is behind bars after attempting to flee from a deadly crash.

According to investigators, a witness who saw the crash chased down the alleged drunk driver and held him on the ground until officers arrived.

Police say the DUI suspect was going 80 to 90MPH in a 30MPH speed zone.

The 20-year-old Hispanic driver is being charged with failure to stop and render aid and DWI.