WLS
Criminal charges have been filed against a flight attendant after a video emerged of her drunk on a United Express flight Thursday.

49-year-old Julianne March of Waukesha, Wisconsin has been formally charged with public intoxication, according to the St. Joseph County Prosecutor's Office.

Video appears to show the sole flight attendant passed out on a flight from Chicago to South Bend. A passenger said she had slurred speech, was bumping into things and that they had to fasten her seatbelt for her. 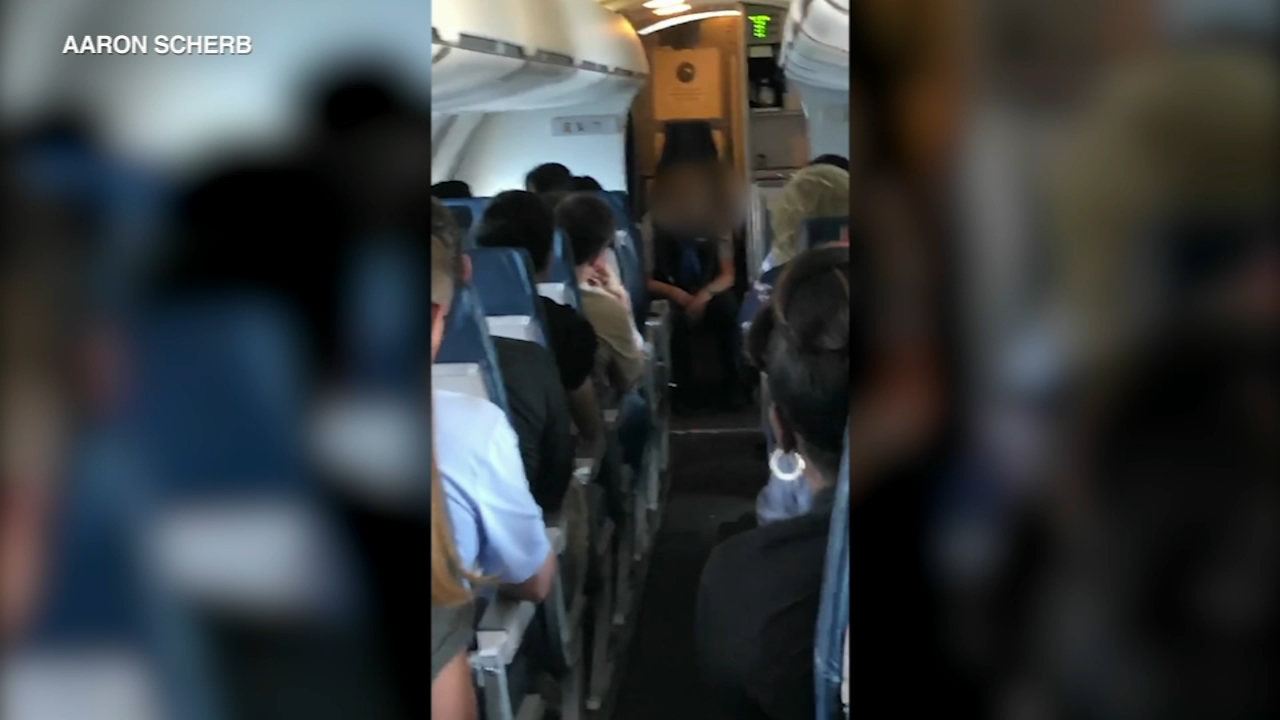 Video appears to show the sole flight attendant passed out on a United Express Air Wisconsin flight from Chicago to South Bend.

Two uniformed officers met her at the gate in South Bend and placed her under arrest.

That United Express flight was operated by Air Wisconsin, which has said they are cooperating with local authorities.

Air Wisconsin has yet to respond.

According to the Association of Flight Attendants and the FAA, the limit for all aviation sensitive positions, including flight attendants, is .04% for alcohol. Both have since released a statement.

"The FAA would investigate this on the civil side for any violations of the Federal Aviation Regulations that apply to safety-sensitive employees. Our regulations prohibit these employees from performing job duties while under the influence of alcohol or drugs," said an FAA spokesperson.

"Substance abuse issues happen in every workplace, aviation being safety sensitive we take it incredibly seriously. There are programs that help pilots and flight attendants with addiction issues. We believe recovery is possible. The union started the Flight Attendant Drug and Alcohol Program (FADAP) to deal with these issues," according to the Association of Flight Attendants.

Public intoxication is a Class B Misdemeanor. March faces up to 180 days behind bars.

March has been released on her own recognizance. Her next court date is August 29.
Report a correction or typo
Related topics:
trafficchicagoo'haresouth bendwisconsinarrestflight attendantcaught on camera
Copyright © 2021 WLS-TV. All Rights Reserved.
More Videos
From CNN Newsource affiliates
TOP STORIES