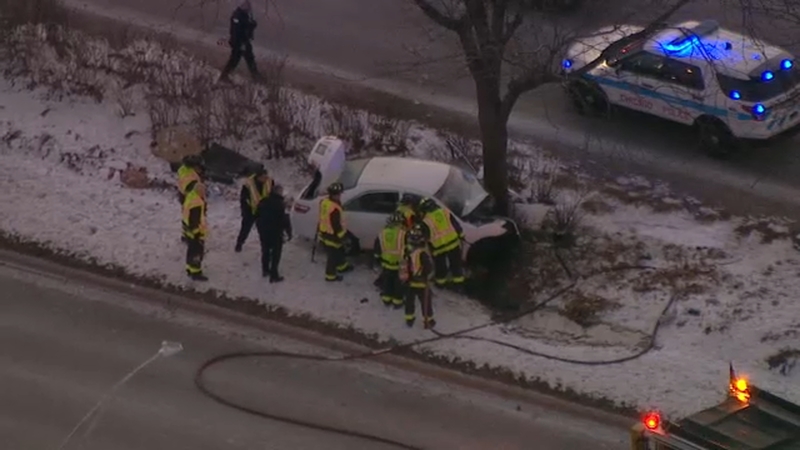 Woman killed after slamming into tree in median on DuSable LSD

CHICAGO (WLS) -- A 48-year-old woman was killed in a single-vehicle crash on DuSable Lake Shore Drive on Chicago's North Side Friday afternoon.

Chicago police said she was driving in the northbound lanes near Lawrence Avenue when she veered from the right lane to the furthest left lane, striking the median and a tree head-on. A good Samaritan saw what happened and stopped to help pull the driver out of the wreckage.

Officials said she taken to Advocate Illinois Masonic Medical Center in serious to critical condition, but later died. Her identity has not yet been released.

Chicago police had been diverting traffic off at Lawrence, but all lanes were reopened as of 5 p.m.

The Major Accidents Investigative Unit is investigating the cause of the crash.