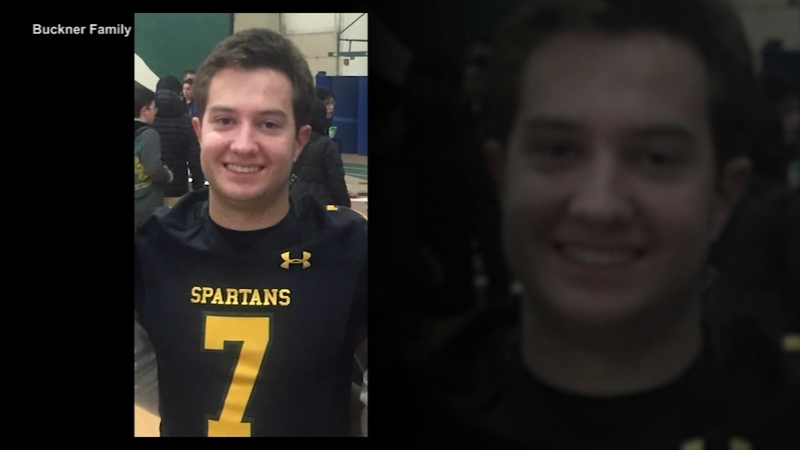 NORTHBROOK, Ill. (WLS) -- A family is mourning the loss of a promising student-athlete who took his own life two weeks ago.

Dylan Buckner's parents say isolation from the pandemic made the 18-year-old's struggle with depression especially challenging. They shared his story in the hopes that it might help save lives.

Until earlier this month, Chris Buckner was looking forward to seeing his son Dylan graduate and go on to college.

"I thought Dylan had the perfect life," his father said. "I mean, he was a smart kid, he was an athletic kid, he had tons of friends."

But the star quarterback of the Glenbrook North football team had also been battling depression for some time. Two weeks ago, his father said something clicked in his brain and Dylan took his own life.

"We don't know when a child suffering from anxiety or depression will have a trigger that sets off something like this that's so tragic and so sad," psychotherapist Kate Schneider said.

Schneider said she's seen a dramatic increase in mental health issues among young people in recent months. She said parents should look out for warning signs, including a big change in behavior, such as going from talkative to quiet; spending more time in isolation, like in one's bedroom; and doing less connecting with friends.

Some parents say mental health concerns are one of the main reasons for their rallies to reopen schools and sports, despite the threat of COVID-19.

Chris Buckner, however, said he believes suicide is a bigger risk to many kids than COVID-19.

"I believe that if COVID hadn't happened, or if the country's response to COVID was better, that Dylan would still be here today," his father said.

His father said Dylan never exhibited any warning signs before his first suicide attempt in the fall. He said they're talking about it now to try to keep other families from suffering a similar tragedy.