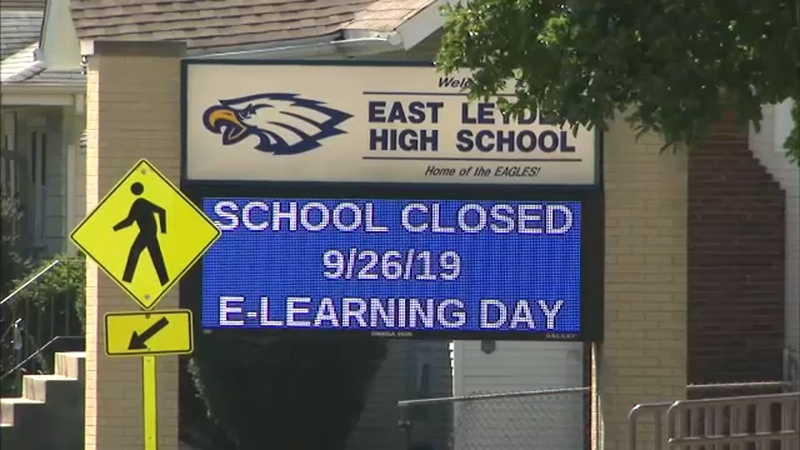 FRANKLIN PARK, Ill. (WLS) -- Two west suburban schools asked students to stay home for the day after a social media threat claimed that a shooting may happen at one of them.

The district asked students to stay home for a day of "e-learning" Thursday, cancelling all after-school activities. Classes will be back in session on Friday.

Many students approved of the security measures.

"I think our school is taking our security seriously and I appreciate that. I think they are making a smart move," said West Leyden senior Nathan Agoncillo.

The threats come in the wake of an East Leyden student being stabbed in the neck by another student Tuesday. The student allegedly involved in the stabbing has been charged as a juvenile with attempted murder.

According to school officials, the online threats appear to be in reaction to that incident.

One entry on Snapchat reads, "Leyden supposed to get shot up tomorrow. Watch out." The post also acknowledged not knowing whether the threat was real and urged everyone to stay safe.

"We've spoken to over 40 students and families and we're getting to the bottom of it. We don't think there's anything credible in there," said Superintendent Nick Polyak.

Police have been stationed at the schools during the investigation.

Authorities said they closed both campuses after finding threats coming from both schools.