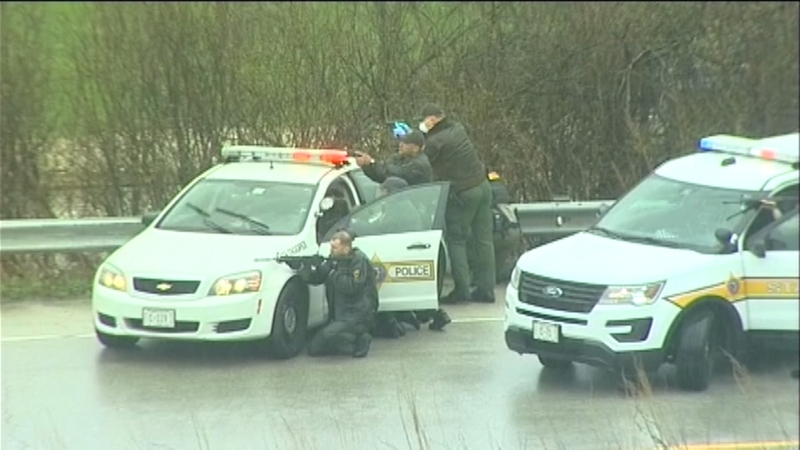 SKOKIE, Ill. (WLS) -- A 54-year old woman from Michigan has been charged in connection with a standoff on the Edens Expressway at Old Orchard Road in Skokie Wednesday.

The standoff lasted for almost four hours until she surrendered.

At about 9 a.m., Illinois State Police received a call from a trucking company requesting a well-being check be conducted on one of their employees who was stationary on I-94 northbound at Old Orchard Road.

Police responded and as they approached the truck to talk to the woman, identified by police as Meghan Fenner, police said they saw a handgun in her lap.