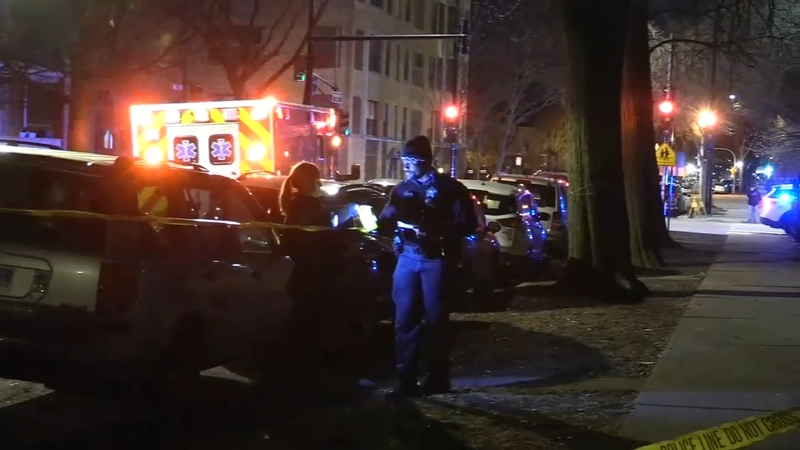 CHICAGO (WLS) -- A man was shot and his dog was killed when a gunman opened fire on them early Friday morning.

Chicago police say the attack happened just before 5 a.m. in the 5200-block of North Winthrop Avenue on the city's North Side.

Investigators said a 35-year-old man told them he was outside with his dog when someone came up and started shooting at them. 48th Ward Ald. Harry Osterman said the shooting was an attempted robbery.

Bill Brassil was about to take out his dogs, Percy and Otis, when gunfire erupted around the corner.

"We were just getting up this morning when we hear the shots," Brassil said. "We are surprised about it because it's not the kind of neighborhood people just randomly come and get shot."

Like many here, neighborhood resident Ella Berry is concerned.

"I take Humphrey out around 8 a.m., so I'm not usually out that early in the morning," Berry said. "I'm definitely not thrilled to hear about it, but I'm hoping that it's not something that happens again."

The victim was shot in his right leg and was taken to an area hospital in fair condition. A neighbor said the victim recently had slipped on the ice and broken his leg. He was wearing a cast at the time of the shooting.

His dog, a schnauzer, was struck and killed during the attack and pronounced dead at the scene. The shooter ran away on foot.

"Dogs are there to protect you and that's what make it even sadder," Edgewater resident Faith Hagerty said. "That was his source of protection and he lost it in that moment and that's sad."

With the incident being the third reported shooting in the area so far this year, some here were left wondering just how safe their neighborhood really is.