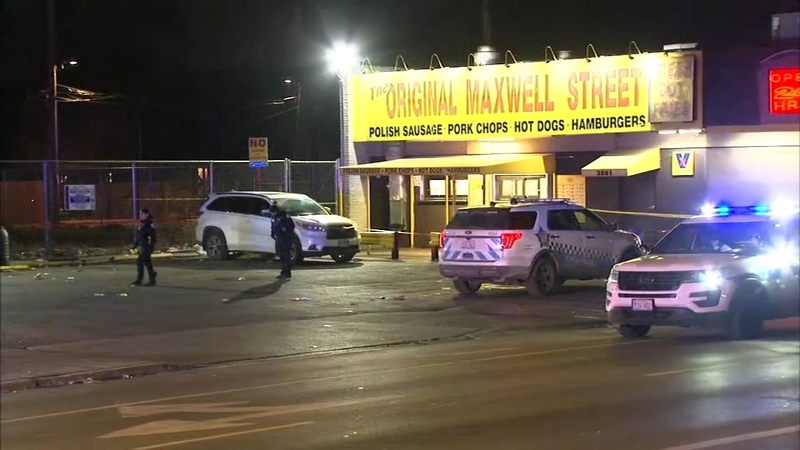 CHICAGO (WLS) -- Two Chicago police officers are recovering from non-life-threatening injuries after they were shot at a West Side hot dog stand Friday.

Undercover officers were nearby and found the suspect shortly after, taking a suspect into custody. Police also recovered a nine-millimeter handgun from the scene.

One of the officers has since been released from the hospital. The other is expected to be released within a couple of days.

Police did not release the suspect's name, but said he had a minor criminal history. No motive has been released.

Brown said they hope to have charges against the suspect within 48 hours.