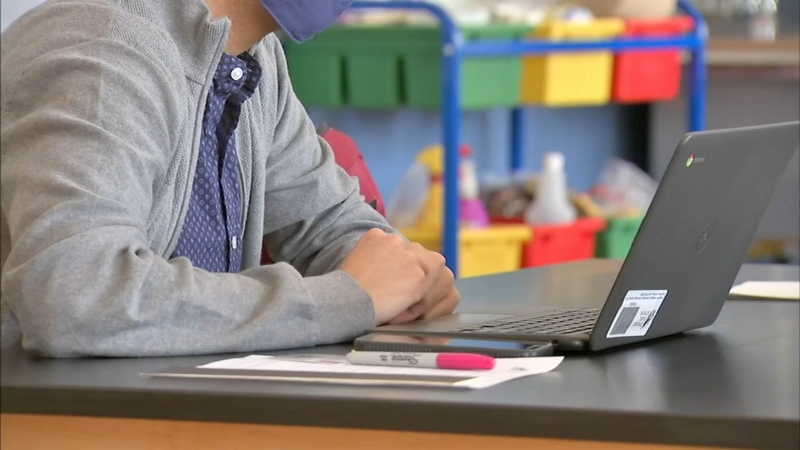 SPRINGFIELD, Ill. (WLS) -- A fully-elected school board is one step closer to becoming a reality in Chicago after getting approval from the Illinois Senate.

The plan that is now being sent to the Illinois House for approval would create a hybrid model for the first two years, with half the members elected and half appointed by the mayor. But by 2026, Chicago would be have a fully elected school board.

Mayor Lori Lightfoot appears to have lost her battle to retain at least partial control over who runs the Chicago Public Schools after the Senate passed a bill that the sponsor says has support in the House.

Under the Senate plan, starting in November 2024, voters would elected 10 board members from districts across the city. The mayor would appoint the other 10 members, as well as the president, with city council approval.

In November 2026, all 10 seats held by appointed members would be up for election, and the president would run city-wide.

Lightfoot said she will keep fighting at a CTA groundbreaking Wednesday.

"There has to be accountability for ignoring the people. And it's interesting that this is supposed to be about democracy. But what happened in Springfield, had nothing to do with democracy. But democracy, mark my word, will prevail," Lightfoot said.

But CPS parent Jeff Jenkins, a longtime advocate for an elected school board and a one-time Local School Counsel member at Coonley Elementary, said the mayor is out of touch with what people really want.

"I will tell you, from this public school parent to that private school mayor, that we've been speaking loud and clear for well over a decade, and our voices were finally heard to a certain extent," Jenkins said.

The mayor expressed concerns about a moratorium on school closings that's part of the bill until the board is fully elected, and the impact it could have on a search to replace CEO Janice Jackson.

Political analyst Laura Washington talked about a possible elected school board and the IL budget.

But Martwick doesn't believe that will be the case and sees an elected school board as bringing some much needed accountability to CPS.

"Right now, the reason that there has been so much tumultuousness and unpredictability is because one person has had nothing less than authoritarian control to be able to hire and fire at will," Martwick said.

A number of groups who have been advocating for a fully elected school board now are expressing disappointment in the Senate version, saying it means parents have to wait until January 2027 for the law to be fully implemented.