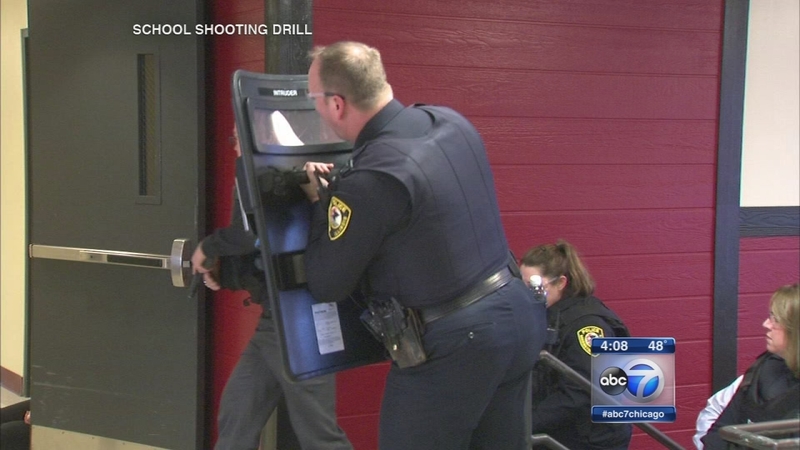 BARRINGTON, Ill. (WLS) -- Hundreds of police, fire, SWAT and sniper teams converged on Barrington High School Friday morning. But this was no emergency.

In fact, it was an intense drill so school officials and students would know what to do if it was the real thing.

"We certainly want to make sure we're prepared in the Barrington community for the unthinkable," said Superintendent Brian Harris, Barrington school district.

The exercise is the first of its kind and was held during the school's spring break.

It was organized by the police and fire departments in the northwest suburb to test the preparedness of local law enforcement officers.

"It's critical because we see and learn things that we could not learn without doing a full-scale drill," said Chief David Dorn, Barrington Police Department.

The drill involved three shooters inside the building, where as many as 3,500 students, teachers and staff are every day.

Wounded students and teachers, wearing fake blood, were portrayed by staffers who volunteered.

Emergency responders tracked down the gunmen, simulated a hostage situation and fine-tuned tended to the injured faster.

In the wake of mass shooting from Columbine to Sandy Hook , schools are developing new and innovative ways to prepare for tragedy like today's life-like drill, which was an eye-opening experience for history and English teacher Kathe Keller.

"That made me think about my own ability to be ready," Keller said.

Authorities plan to analyze the drill and refine their plan.