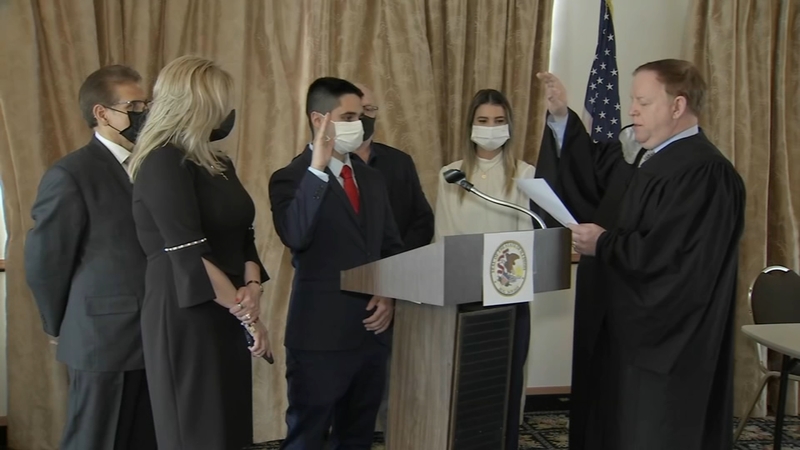 CHICAGO (WLS) -- Edward Guerra Kodatt, who was the first replacement for longtime Illinois legislator Michael Madigan and resigned after just three days in office amid allegations of inappropriate conduct, will not get paid for the days he served.

"In the spirit of good governance and in the best interest of the people of the state of Illinois I decline the one month salary to which I am entitled by law," he said in a statement.

Angelica Guerrero-Cuellar was sworn in as the new 22nd District state representative Thursday.

Mendoza is making a similar request of Guerrero-Cuellar, who will serve the last two business days of February but is entitled to a full month's pay under the law.

Madigan's final paycheck for a full month's salary has already gone out for him representing the 22nd District for most of the month of February, Mendoza said in a statement.

"Taxpayers should not have to pay three different representatives three full months' salary for the same seat for the same month," Mendoza said.