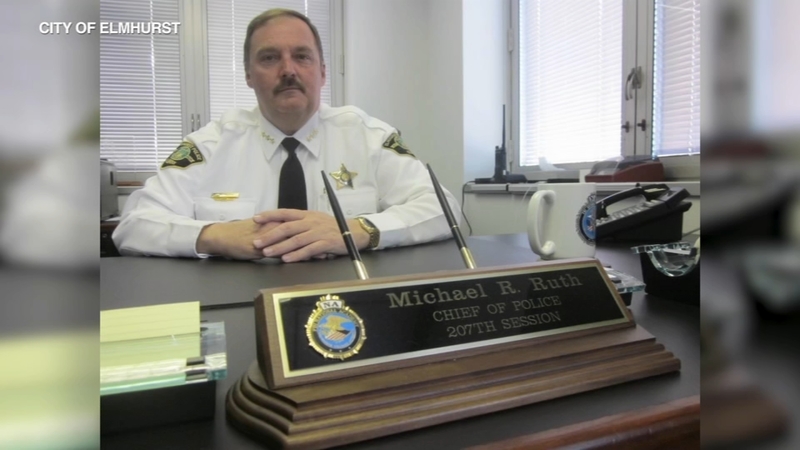 City officials said in a press release that Ruth was surrounded by family members at the time of his death.

"I am forever grateful to have worked alongside him," states Elmhurst City Manager, Jim Grabowski. "He was an asset to our organization and his loss will not be easy to overcome."

"Our City has suffered a tremendous loss, however I am comforted in knowing that Chief was a mentor to many, and that his commitment to the highest level of public safety standards for our community will live on," said Elmhurst Mayor Scott Levin.

Ruth served in law enforcement for 44 years, first as a dispatcher in Alsip and then a patrolman in Hometown. He joined the Skokie Police Department in 1981, and rose to the rank of commander in 2010.

He served as Countryside Police Chief from 2010 to 2012, when he became Elmhurst chief of police. He has served in that role for the last 10 years.

Ruth also taught criminal justice as an adjunct professor at University of Illinois at Chicago and Governors State University.