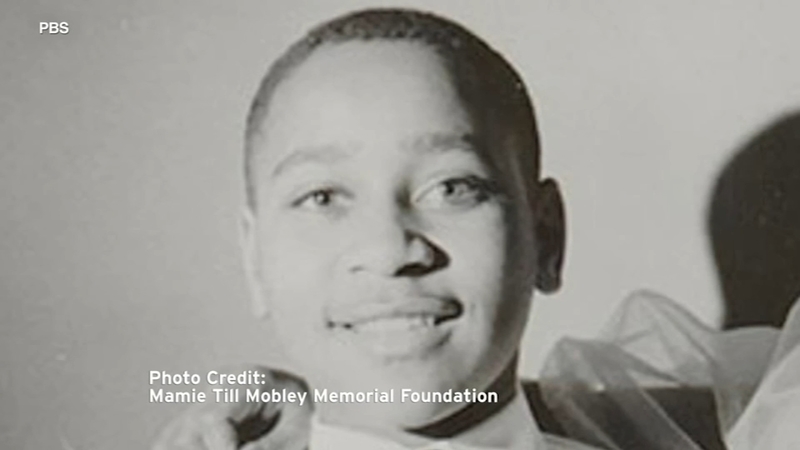 CHICAGO (WLS) -- After 200 attempts since 1900, Congress has now passed legislation making lynching a federal hate crime.
"When President Biden signs this bill into law, then America will be a different place," said Representative Bobby Rush, D-Chicago.

Rush sponsored the Emmett Till Antilynching Act, named after the 14-year-old from Chicago who was kidnapped, beaten, lynched and thrown in a river after being accused of whistling at a white woman in Mississippi in 1955.

ABC7 spoke with the Till family after the bill passed the House last month.

"Look at how our nation has been changed because the reaction to Emmett Till's murder," Rush said.
Data from the Equal Justice Initiative on racial terror lynchings documents over 4,000 lynchings reported between 1877 and 1950. Fifty-six of those were in Illinois. Illinois ranked 15th for reported lynchings during that time period.

During her lifetime the Chicagoan led a crusade against lynching. Wells received death threats in response to her activism.

"When it comes to leadership, sometimes you have to be willing to be the first or the only to start and people may get in line afterwards. And Ida did that consistently," Duster said.

For Northwestern University Professor Alvin Tillery, this legislation is personal. He said he survived a lynching in the late 1970s in New Jersey.
"I was the only Black kid at my bus stop in 1979 and some of the older kids riding the bus decided that they wanted to hang me in a tree. And so they hung me in a tree and I was choking and fortunately the bus driver was on time and cut me down," said Tillery, who is the director of the Center for the Study of Diversity & Democracy at Northwestern.

Rush said if his bill was law, the defendants in the Ahmaud Arbery case could have been charged under the Emmett Till Antilynching Act.

"Now if anyone else attempts to maim or seriously harm or kill someone in conspiratorial manner, then the federal government will step in," Rush said.