Chicago actor with disability performs on stage with high-tech device 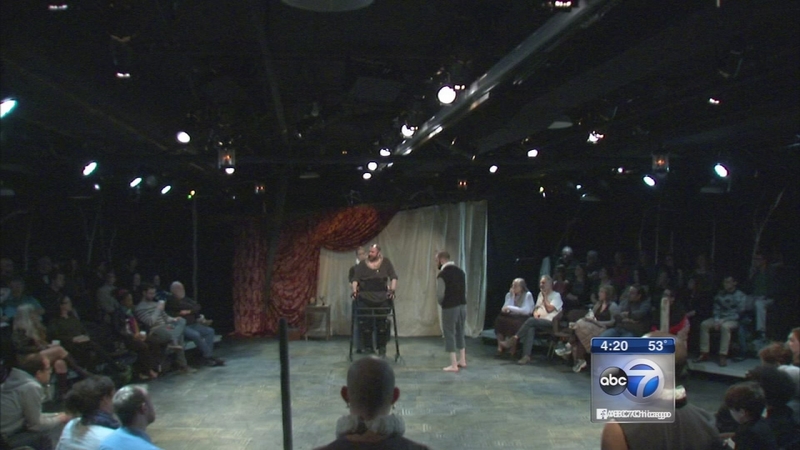 CHICAGO (WLS) -- Actor Michael Patrick Thornton is getting rave reviews for his role as Richard III at Steppenwolf Theatre, and a robotic breakthrough from the Rehabilitation Institute of Chicago helped make it all happen.

A 2003 spinal stroke changed Thornton's acting career forever, however, a device called an exoskeleton, is changing it again.

"I remember laying in a hospital bed here not being able to talk and so to kind of go from there to being onstage with my theater, The Gift at Steppenwolf," Thornton said. "It's been one hell of a trajectory."

Thornton is the first disabled actor to do a stage performance with an exoskeleton. And he's doing Shakespeare.

"This company Rewalk have collaborated with the Gift Theatre to put on a production of Richard III," Thornton said. "Richard is the most famous disabled character in the history of literature arguably, usually played by an able-bodied actor or a non-disabled actor, pretending to be disabled. Obviously in our production that's a little different."

The Rewalk exoskeleton is a wearable robotic that provides powered hip and knee motion for spinal injury patients allowing them to stand and move.

Thornton, a Jefferson Park neighborhood native, has practiced hundreds of hours and will have physical therapists dressed as characters assisting in his scenes.

"He is a superstar," said Dr. Arun Jayaraman, of the Rehabilitation Institute of Chicago. "He walked with his eyes closed on the first day which has never happened before in the history of research with this device."

The actor's stroke left him playing many roles in a wheelchair, including a stint on ABC's "Private Practice."

But now, as the first to take this acting step - all the world's a stage for him to exit and enter.

"I'm just waiting for the Guinness Book of World Records which hopefully comes with free Guinness to reward me for that," Thornton joked, "That's the only reason I'm doing it. Really the Guinness."

Thornton will perform Richard III at the Steppenwolf Garage Space through May 1.