WLS
By Janet Davies
CHICAGO (WLS) -- Kartemquin Films is a shining star in Chicago's arts community and it could be up for two Oscars when nominations are revealed next Tuesday.

ABC 7's Janet Davies talked to the director who's a creative force behind this cinematic power house.

"Abacus" was the only bank in the country that faced criminal charges after the mortgage crisis of 2008. The feds considered the business founded by immigrants in New York's Chinatown "small enough to jail." But the family fought to defend its reputation and integrity.

It's from Kartemquin superstar director Steve James, who gave us the acclaimed "Hoop Dreams" and "Life Itself." "Abacus" is on the list of documentaries that may get an Oscar nomination, but Steve's not jumping the gun.

"If I was an expert on all this I probably would have been nominated by now, we did get nominated for 'Hoop Dreams' for editing," said director Steve James. "Several years ago 'Life Itself' was on the short list to be nominated, virtually everybody said it was a lock to be nominated and it wasn't."

It's about an interracial couple that wed in their mid-90's. Their love story triggered an ugly family guardianship battle, shattering the lives of the newlyweds.

"'Edith & Eddie' I actually believe has a real shot to get nominated. It's a really powerful film very moving and infuriating film about elder care," said James.

Cher was so moved by their plight, she became an executive producer of the film and a secret weapon.

"Star power absolutely, we need star power on Abacus. Is it too late? I think it's too late!" said James.

Kartemquin will debut two films at the Sundance Film Festival that kicks off Thursday. The students at Oak Park and River Forest High School are the stars of one of those features, which Janet will us about in an upcoming report.
Report a correction or typo
Related topics:
arts & entertainmentoscarsmoviebankssenior citizens
Copyright © 2020 WLS-TV. All Rights Reserved.
RELATED 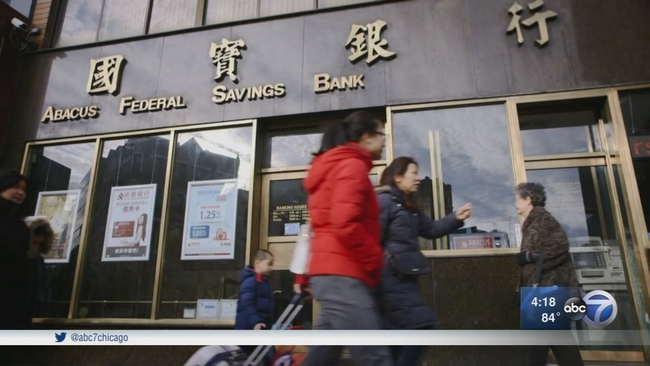