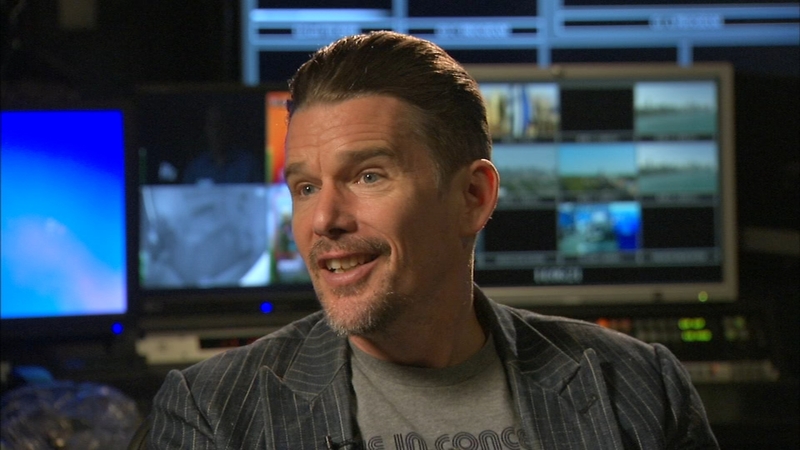 Ethan Hawke is a talented actor, but he's getting rave reviews for directing the new movie "Blaze."

The film brings the true story of an outlaw country music artist to the screen in a rousing, poignant way.

Blaze Foley was a much-admired songwriter whose music thrived, but ever on the edge of fame or fortune. He lived hard and died when he was only 39, shot by the son of a friend.

Ethan Hawke is a fellow Texan and a longtime fan of his kind of sound.

"My first concert my father took me to was Willie Nelson's Fourth of July picnic in 1976. So from then on, that's what outlaw country is to me," Hawke said.

He was fascinated with the mysteries of Foley's short life.

"There's a murder around it. There's a lot of false stories about the legend of Blaze. I always call him the Snuffleupagus of outlaw country, because even people who know about outlaw country don't know about Blaze," Hawke said.

The director convinced his musician friend, Ben Dickey, to star in his film.

"You could almost smell him. I have a thing about a great performance, that's what I used to tell Ben. Ben had never acted, so you could imagine. He won Best Actor at Sundance. I used to tell him, 'My thing is, can they smell you? What does a character smell like and how can you transfer that.' A great performance, you kind of know what she smells like or what she doesn't smell like," Hawke said.