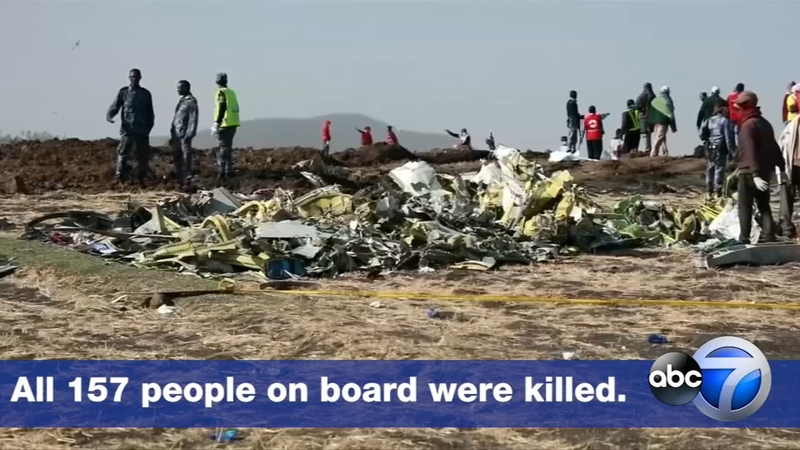 The March 10, 2019 flight crashed shortly after takeoff, killing all 157 people on board.

It was the second of two fatal 737 Max 8 crashes within five months. Both have been attributed to a faulty automated flight-control system.

The petition, filed on Friday, was signed by 1,744 family members and friends

The document reads "Boeing does not enter the pandemic crisis with clean hands."

It calls for Chicago-based Boeing to no longer self-certify the safety of its own aircraft and put "safety and innovative engineering first and shareholders last."

Clifford Law Offices in Chicago represents the families of 68 victims in the crash.

"They want to make sure that this company does not receive federal bailout money until there are assurances that this will not happen to any other families as Boeing moves forward with construction of its aircraft, " said founder and senior partner Robert Clifford in a release.

"They stated that the $17 billion CARES Act allotment set aside for companies important to 'national security' should not assist Boeing without further strings attached," the release said.

The CARES Act is a $2 trillion federal stimulus law providing financial relief to businesses and workers in the U.S amid the coronavirus pandemic.

Boeing is seeking at least $60 billion to aid the U.S. aerospace industry.