WLS
CHICAGO (WLS) -- A former girlfriend is suing Chicago Alderman Proco "Joe" Moreno for defamation after she was arrested and accused of stealing his car.

First Ward Alderman Proco "Joe" Moreno was taken into custody after a warrant was issued for his arrest, Chicago police said.

Liliya Hrabar said she has text messages proving he loaned her the car. But prosecutors said Moreno told Chicago police and his insurance company that the car had been stolen.

"When I ask him, he's like, 'Give me a second. Give me a minute. You know what, let me go through the election. I will explain everything to you. I will fix everything,'" Hrabar said.

Moreno was arrested this week and charged with insurance fraud and obstruction of justice for allegedly filing a false police report.

Chicago police said 1st Ward Alderman Proco "Joe" Moreno is in custody after a warrant was issued for his arrest for allegedly filing a false police report.

ABC7 Eyewitness News reached out to the alderman for comment on the lawsuit, but has not received a response.
Report a correction or typo
Related topics:
chicagowest townukrainian villagelawsuitchicago city councilpoliticsfalse reportfraud
Copyright © 2020 WLS-TV. All Rights Reserved.
RELATED 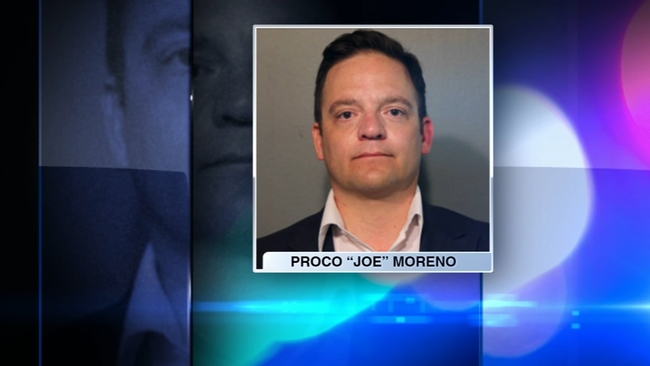 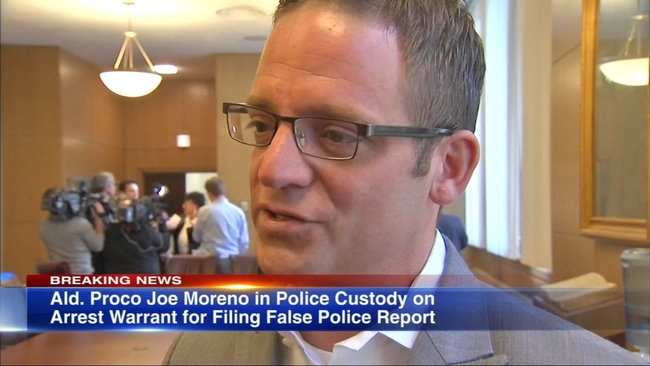