Man accused of posing as CIA agent, traps couple in NYC apartment for 36 hours before beating husband to death with club 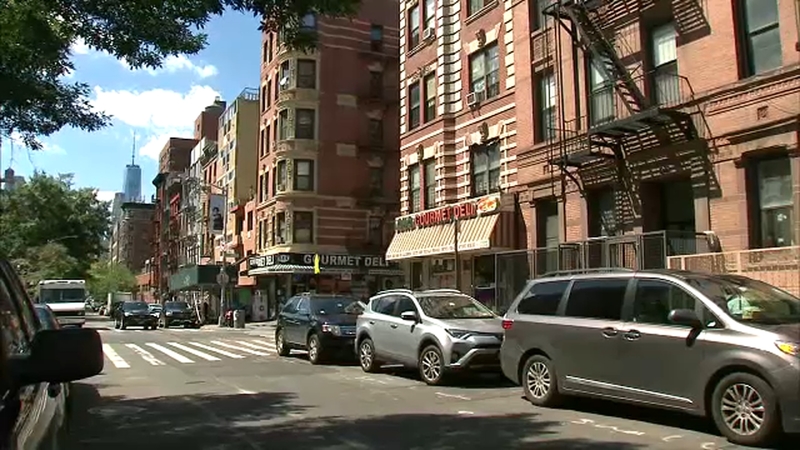 Man accused of posing as CIA agent, trapping couple in Manhattan apartment for 36 hours before beating husband to death with club

LOWER EAST SIDE, Manhattan -- A man allegedly posed as a CIA agent and was invited to live in a couple's Manhattan apartment, where he trapped them inside a room for 36 hours before beating the husband to death with a club, sources told ABC7 Chicago's sister station in New York.

Police were called to an apartment on Henry Street near Clinton Street on the Lower East Side around 4:00 p.m. on August 22 after someone heard a woman screaming for help.

When police arrived, they found 64-year-old Doru Vaduvescu sitting on a bed with congealed blood on his head, according to a criminal complaint.

Vaduvescu's wife and 46-year-old Truman Dulaney were also in the apartment. When an officer asked who was responsible for his injuries, Dulaney responded with "I am."

According to the criminal complaint, Dulaney was accused of trapping the couple inside a single room by blocking the door with a heavy object on the morning of August 21.

Sources said Dulaney, who told the couple he was a CIA agent, was invited to live with the couple in their Henry Street apartment after meeting in a CIA-themed chat room on Facebook.

During the 36 hours spent inside that room, the couple received several death threats. At one point, Dulaney allegedly convinced Vaduvescu to give him his debit card, which he used to buy cigarettes.

At some point, Dulaney allegedly used a heavy wooden club to beat Vaduvescu in the arms, torso, and head, causing heavy bleeding.

After police found the victims, Vaduvescu was taken to the hospital, where he died from his injuries.

Dulaney was taken into custody and charged with murder, kidnapping, assault, and robbery.