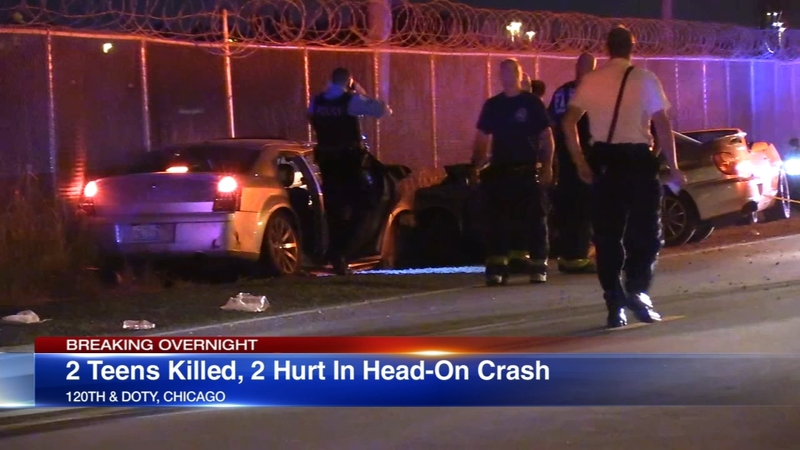 2 killed, 2 injured in head-on crash on Far South Side

CHICAGO (WLS) -- Two teens were killed and two other people injured in a crash on the Far South Side Saturday night, Chicago police said.

Police said a 17-year-old man was driving a Subaru sedan at a high rate of speed northbound on Doty Avenue near 120th Street when it collided head on with a Chrysler 300 traveling south on Doty Avenue at about 11:30 p.m. Fire officials said a high-performance car lost control in an area where cars are known to drag race.

The Subaru driver and his 16-year-old passenger were both transported to University of Chicago Medical Center, where both were pronounced dead.

The victims have been identified to the Cook County Medical Examiner's Office as 17-year-old Michael Clark and 16-year-old Zachery Tomak. Both Clark and Tomak are from Portage, Ind.

The driver of the Chrysler, a 21-year-old man, and his passenger, a 19-year-old woman, were both transported in critical condition to Christ Hospital.