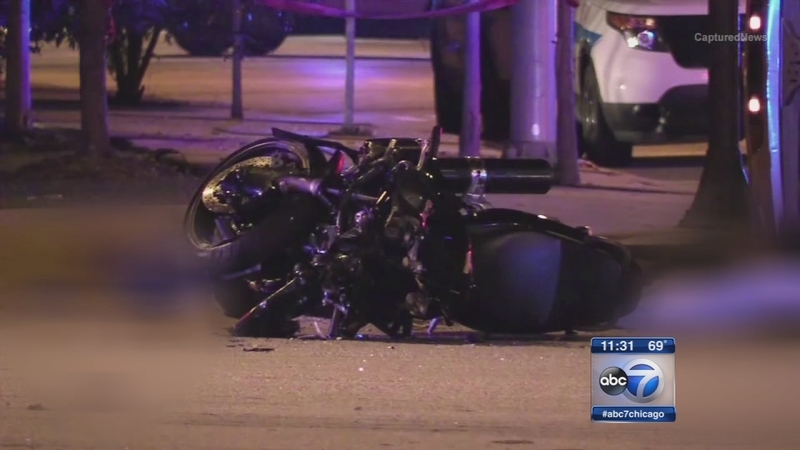 3 dead, 1 critical in East Side crash

CHICAGO (WLS) -- Investigators said they believe speed played a role in a violent crash on Chicago's Far South Side that left three people dead and one person critically injured.

A motorcycle and an SUV collided around 10:20 p.m. Monday after the bike ran a red light at the intersection of South Indianapolis Avenue and South Avenue B in the city's East Side neighborhood, police said. That's near the Illinois-Indiana state line.

The impact of the crash caused a dent in the SUV, which rolled over onto its side. Ronesha Delaney witnessed the crash.

A female passenger in the SUV was pronounced dead at the scene at 11:50 p.m., the Cook County Medical Examiner's Office said. She was identified to authorities as Jamie Trickle, 35, of the 1700-block of West North Shore Avenue.

Two men riding the motorcycle were also pronounced dead at the scene. The medical examiner's office has not released their identities.

A 28-year-old woman who was driving the SUV was rushed to Advocate Christ Medical Center, where she is listed in critical condition.