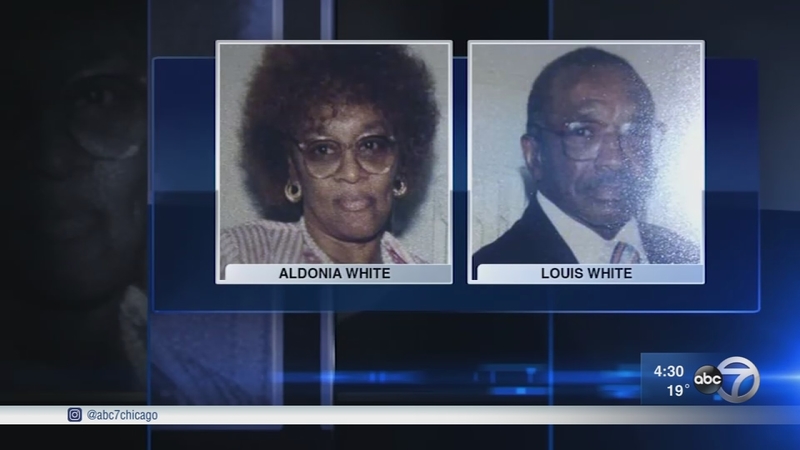 CHICAGO (WLS) -- A 90-year-old husband and wife were killed after a suspicious fire in the West Garfield Park neighborhood Tuesday morning, the Chicago Fire Department said.

Firefighters got to the scene around 3:10 a.m. in the 4000-block of West Wilcox Street. Fire officials located the couple's bodies on the second floor after neighbors called for help.

"When I was coming out I saw the fire coming from out the window so I came out and looked through the gangway and I saw the fire. The fire was all by the kitchen," said witness Marcus Johnson.

The couple were pronounced dead at the scene. Family members identified the couple as Aldonia and Louis White.

Aldonia White was found in the kitchen and her husband was in the front room.

The fire department said the fire is suspicious and is being investigated by bomb and arson detectives.

The couple had many people who loved them.

"They were great loving people. Mr. White, he was always cracking jokes and just being funny, loved to sing. Mrs. White, she was always strong about kids getting an education and staying off the street and just wanted everyone to just be good people. They were real good people and it's just sad they're gone," said Bernetta Sigler, the couple's caretaker.

The building is a two flat that the couple owned for the last 60 years. Fire crews said no one else was injured and no one lived on the first floor.

Family members said Aldonia White was mobile, but her husband was not and they expect they would have had a very hard time getting out.

Firefighters said there were smoke detectors in the home, but they were not working.

"Every time we have one of these tragedies it seems to be the same thing there's either no smoke detectors or there's no batteries in there," said Chicago Fire Deputy Fire Chief Jack Nagle.

The fire department found evidence inside building that would indicate it was not an accident. They have turned over all evidence to the police for further investigation.

A 90-year-old husband and wife died in a West Garfield Park fire that fire officials have called suspicious.