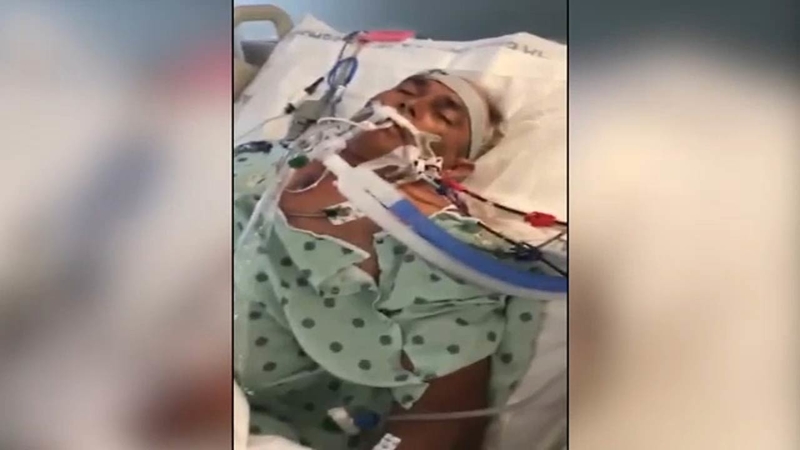 CAMDEN, N.J. -- A local family says their father is fighting for his life and his limbs. They say he contracted a flesh-eating bacteria while crabbing in New Jersey.

But on July 2, he was crabbing at Matt's Landing near the Maurice River. Hours later his right leg began to swell. Then she says it quickly got worse.

"It turned brown, blackish color. It was swelling, it was blistered," she recalled.

Photos taken by the family show the discoloration and swelling. He is now in the ICU at Cooper, the infection spread to all four limbs.

Vibrio is found in brackish and seawater, especially during the hot summer months.
The family is now warning others to be mindful.

"Be careful. The water, as much as we need water, it can be poisonous. It can be dangerous and we don't know what we're getting into when we get in there. That's why they do use boots - people use boots and covers to protect themselves," said Dilena.

Mr. Perez has Parkinson's disease, so he is at a greater risk for problems.

But the New Jersey Health Department says if anyone has open cuts or scrapes, it's best to stay out of the brackish water.

Anyone with liver disease or a weakened immune system should also avoid eating raw shellfish because the bacteria can also be spread through food.
The infection is rare, but New Jersey does report several cases of it each year.