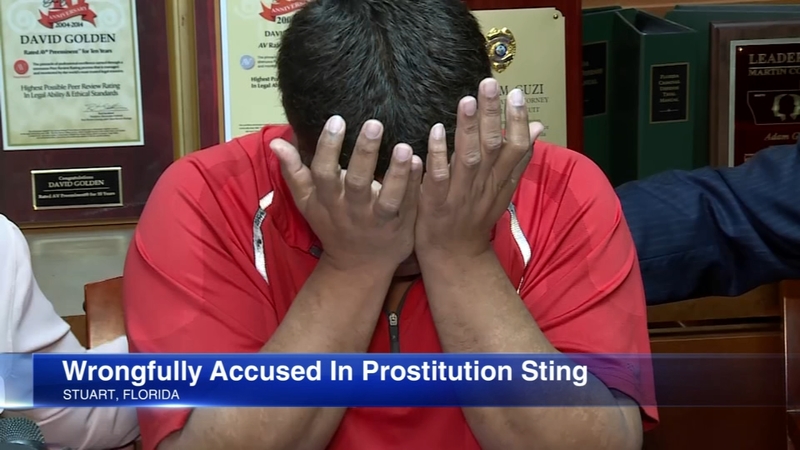 MARTIN COUNTY, Fla. -- A man in Florida was arrested in a prostitution bust, but he says he was in Chicago when the alleged crime happened.

Sandipkumar Patel, 47, broke down as he described his humiliation. Patel said the arrest hurt his business, his wife, Sonal Patel, and his two young daughters. All he wants to do is have his family's honor restored.

"If I do something to bring shame to my family name, my daughters would not be able to marry," Sandipkumar Patel said.

"Can you imagine when you have a 14-year-old daughter and police officer say something about your husband, about your father, what people think?" Sonal Patel said.

He was accused of patronizing Florida Therapy Spa in Stuart, Florida, for sex acts on Nov. 19, WPBF reports.

But Martin County Sheriff William D. Snyder said it was a case of mistaken identity, and they have already started the process of wiping the Feb. 25 misdemeanor arrest from his record.

"I was told the evidence was I had a four-door blue Porsche. And I was on video. I explained that was impossible," Sandipkumar Patel said.