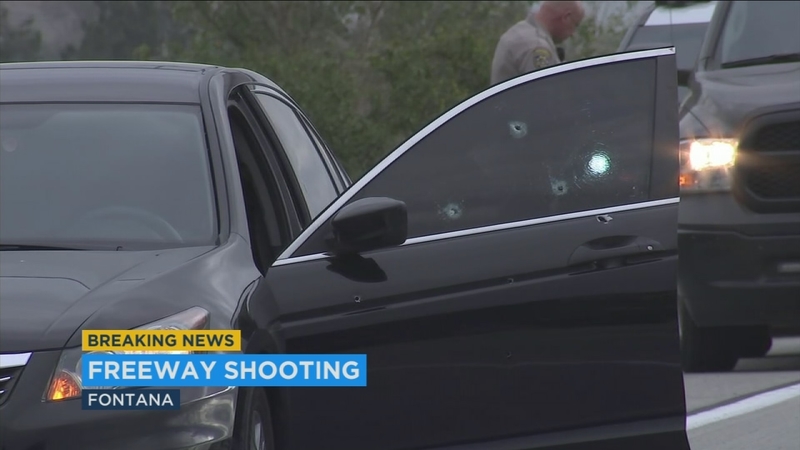 2 people shot while driving on 210 Freeway in Fontana

FONTANA, Calif. -- A driver and a passenger were injured in a shooting along the westbound 210 Freeway in Fontana Thursday morning.

The shooting occurred around 6:40 a.m. near the 15 Freeway interchange. Police say the victims were brother and sister, both in their early 20s.

The brother, who was driving, was shot in the head, with the bullet exiting through his eye. The sister was grazed by a bullet in the shoulder. They are expected to survive their injuries.

Their vehicle was seen on the freeway with several bullet holes.

Though details surrounding the shooting were scarce, investigators said they were searching for a four-door gray Honda sedan.