WLS
By ABC7 Chicago Digital Team
CHICAGO (WLS) -- A second sexual abuse allegation has been made against Father Michael Pfleger, the Archdiocese of Chicago confirmed Sunday.

According to the Archdiocese, the second claim is being made by the brother of the first alleged victim.

Chicago Cardinal Blase Cupich asked Fr. Pfleger to step away from ministry at St. Sabina parish on Chicago's South Side in early January when Pfleger was initially accused of sexually abusing a minor more than 40 years ago.

On Sunday, Pfleger's legal team released a statement on his behalf which read in part, "Father Pfleger has never abused them or anybody else. These allegations are false and are simply being made for money. This is a shakedown...Over the last 45 years, the brothers, who are from out of state, say they never told each other or anyone else about the alleged abuse until this month, after they hired a lawyer. The allegations by these two men are false. Unfortunately, these salacious allegations are being given publicity that is causing irreparable damage to Father Pfleger's reputation. Father Pfleger has worked tirelessly to serve the St. Sabina community for over 45 years, and his leadership has reached far beyond his parish. Father Pfleger has mentored and inspired thousands of young men and women over the past several decades with honor, decency and dignity. He has earned the esteem and respect of the people he has served. It is so very disheartening to witness such false attacks on Father Pfleger, which are motivated by greed. Father Pfleger is a good and decent priest and does not deserve to have his reputation destroyed by such false allegations."

In an earlier post on Facebook, Fr. Pfleger said he was asked by the Archdiocese not to speak about the situation, but was hurt and devastated by the accusation. He also asked for prayers for himself and his church community. 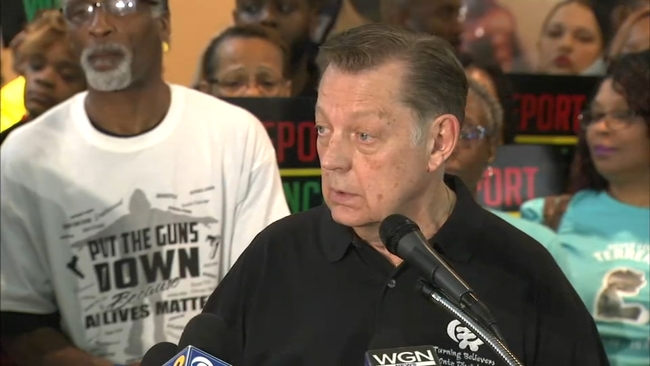