FRESNO, Calif. -- A preliminary magnitude 5.8 earthquake shook the eastern part of Central California Wednesday morning, according to the USGS.

The temblor was reported in the Owens Valley, south of the town of Lone Pine on the eastern side of the Sierra Nevada mountain range.

A preliminary 5.8 magnitude earthquake shook in the eastern part of Central California, according to the USGS.

Residents across Central California reported feeling the quake, as did people in some parts of Northern and Southern California. Waves were felt in the Los Angeles basin, 200 miles away from the epicenter.

Clovis resident, Ashley Rios, shared a photo with us of a crack in the tile of her home caused by the earthquake. 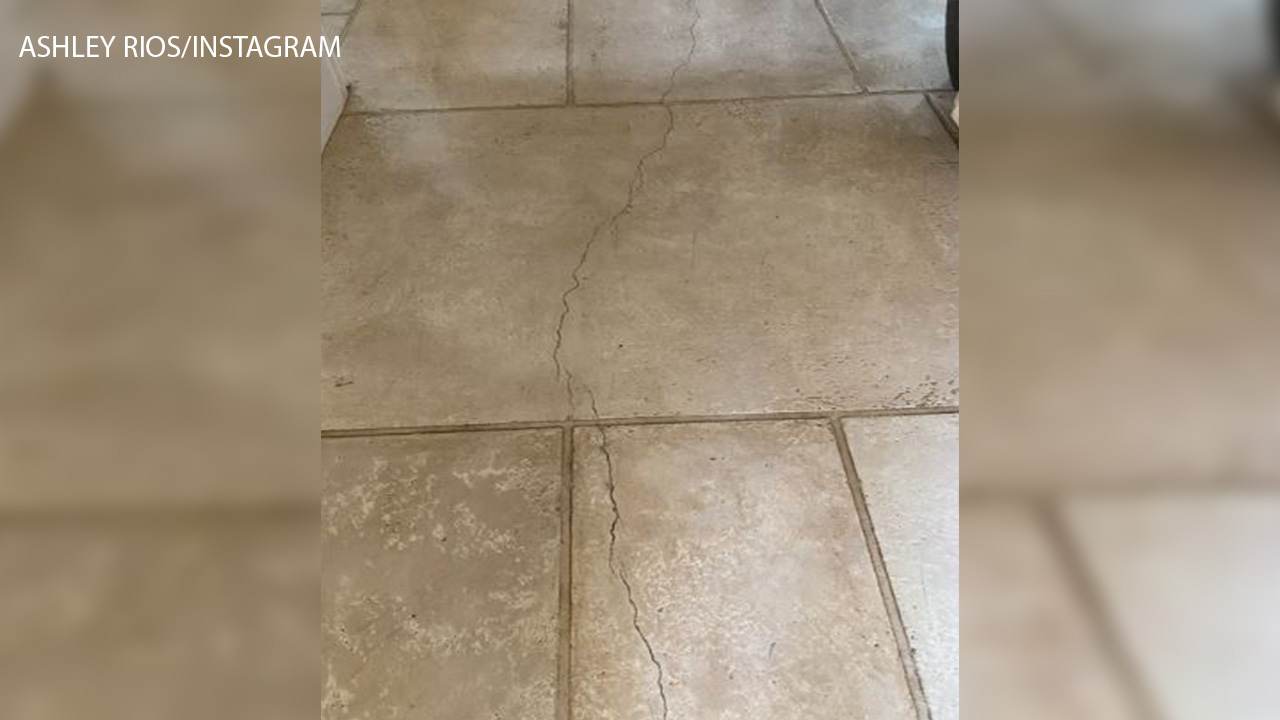 Clovis resident, Ashley Rios, shared a photo with us on Instagram of a crack in the tile of her home caused by the earthquake.

Footage from a grocery store in Lone Pine showed a mess - cans were strewn on the floor and broken glass was everywhere.

Lone Pine sits in a gigantic trough between two ranges of the Sierra Nevadas. It is here in the Owens Valley that the Los Angeles Department of Water and Power aqueduct is situated to supply mountain water to Los Angeles. LADWP said engineers are examining the dams and waterways following the quake. So far, there have been no reports of damage.

Seismologist Dr. Lucy Jones said that the Owens Valley quake is in the same location that a M 4.6 quake was felt two nights ago. That smaller, earlier quake is now considered a foreshock to Wednesday's quake.


Wednesday's quake sent hearts racing in Ridgecrest, where a flurry of shocks, as strong as 7.1, hit last year around the Fourth of July.

"This is a different fault than the Ridgecrest earthquake, and it's far enough away that it doesn't fall within the traditional definition of aftershocks. Rather, we would look at it as its own earthquake," Jones said.

In the minutes after the magnitude 5.8 earthquake, there were more than a half a dozen aftershocks, ranging from M 2.5 up to M 4.6.