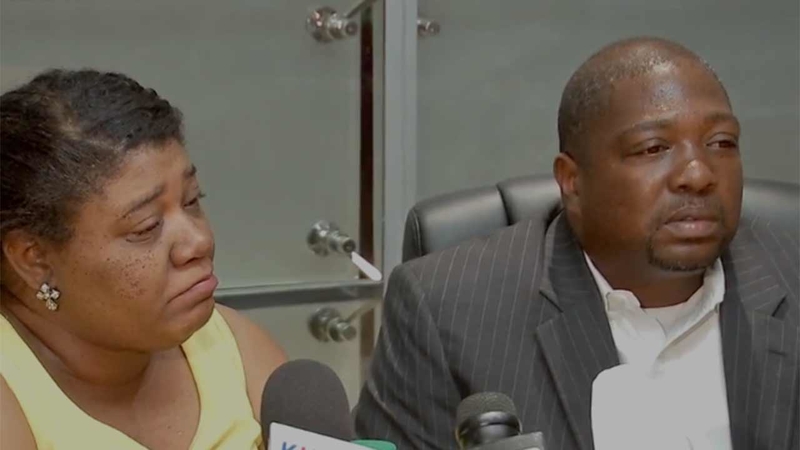 HOUSTON -- An attorney representing the family of a student killed in Tuesday morning's HISD bus crash says they plan to file a wrongful death lawsuit against both drivers involved in the accident. The attorney says the family also may sue other parties, including the manufacturer of the guardrail.

Mariya Johnson was one of two teens killed when an HISD bus fell off a 610 overpass and landed on Telephone Road below. Johnson died at the scene and 14-year-old Janecia Chatman was pronounced dead at Memorial Hermann Hospital. Two other students -- 17-year-olds Brandon and Lakeshia Williams -- were injured in the crash, as was the bus driver, 45-year-old Louisa Pacheco.

"We believe the accident was preventable, and we intend to pursue a wrongful death action against both drivers involved, against possibly the manufacturer of the guardrail that didn't work correctly and to investigate HISD's role in all of this -- their hiring practice, training, retention, maintenance of vehicles," the family attorney,Peyman Momeni, said during a Tuesday night press conference.


The family attorney says the Johnsons didn't learn about their daughter's death for at least two hours and played an audio recording of the generic message left on the father's voice mail. He also said Johnson's mother found out about her daughter's death through her husband.

"She was a mama's baby and a daddy's girl, my biggest critic and my biggest fan," her mother, Melody Johnson, said.


Melody Johnson says her daughter constantly complained about getting home from school so late -- around 6pm every day -- and that the bus constantly took different routes.

"She complained every day about the bus driver, that she didn't speak English, that she couldn't drive, and I didn't listen," Johnson's mother said as she sobbed, "and now I'm just wishing that I listened."

Johnson's father, Kelvin Johnson, says the district hasn't reached out to them yet.

"It shows they're not really caring, they don't care about our feelings at all. Someone could at least call and say anything, just a voice on the other end of the line would have been appreciated," he said.

Earlier, the aunt of Chatman spoke to reporters describing her niece as tender and maternal to her 5 siblings. She was a freshman at Furr High School and excited about studying Russian.

"She was excited about starting high school this year. She just wanted to get into school and learn all she could and just do good," said Meche Steele, Chatman's aunt, who added Tuesday morning started like "just a regular day."