Girl, 13, says she was bullied then beaten at school in Gardner, Illinois 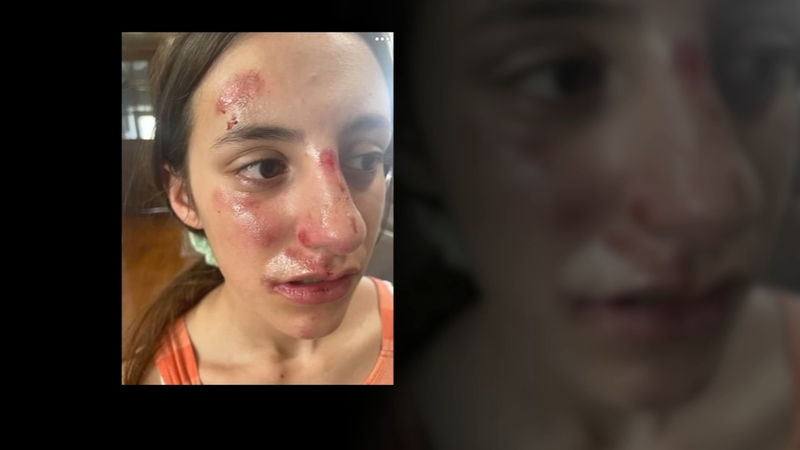 GARDNER, Ill. (WLS) -- The family of a 13-year-old girl said an attack at her school in Gardner, Illinois left her face bloody and bruised. The girl's mother is furious after she said her daughter was bullied, then beaten.

"It makes me happy to know that I have family supporters," said Charlee Funes. The 7th grader has not been in school since last Thursday because she's afraid.

Charlee's family said she was bruised and bloodied by another student during PE class at Gardner Grade School in Grundy County.

"She took her chest on my back and pushed me down," Charlee said.

Charlee's older brother shared disturbing photos of his sister's injuries on social media after the Funes family said the school was slow to act.

After taking her daughter to the hospital, Kim Funes couldn't believe what the school told her when she asked them to call police and they refused.

"I was told the girl would receive two days' suspension. And no charges would filed against the girl because it was her first offense," Kim Funes said.

On Tuesday, the school district superintendent sent a statement to families that said, in part, "In response to the incident, the District immediately began an investigation... our student's safety is always our first priority."

The district is working with law enforcement.

"I taught my kids to do unto others as they want to be done unto them," Kim Funes said.

As others question why Funes didn't engage the alleged bully's mother, she said she's a living example for her children.

Kim Funes said she wants the student who she said attacked her child to be expelled. She believes there are other girls who have been victims of her bullying.


I am writing to inform our community of an incident of student misconduct that occurred last Thursday during a physical education class that resulted in injuries to one of our students.