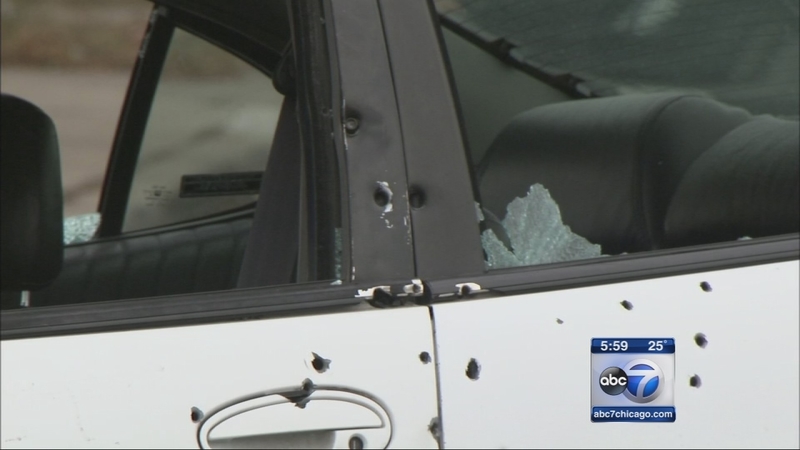 CHICAGO (WLS) -- One man is dead and three others were wounded in a shooting near Chicago and St. Louis avenues on the city's West Side.

The victim is identified by his mother as Tyris Ferguson, 23.

"I heard the shooting. And when I came out, a lot of family and friends were gathered around the car, calling me to the car. And I just couldn't believe it was my son," Catrice Ferguson, victim's mother, said.

Ferguson was a passenger in the car. He got out and started running when the gunman or gunmen opened fire, officials said. As many as 27 bullets struck the white Pontiac Grand Prix.

The three other victims have not been identified. Two of them, a 24-year old man and 34-year old man, were transported to hospitals in critical condition with multiple gunshot wounds. A 26-year-old man who was shot in the lower leg and foot is in stable condition.