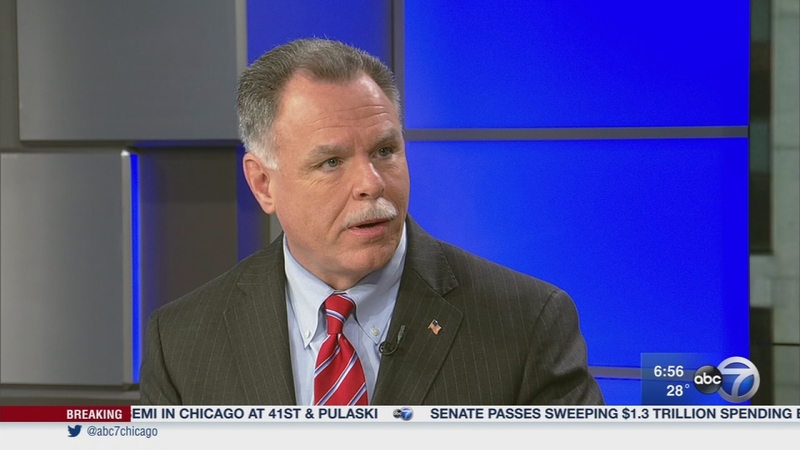 CHICAGO (WLS) -- Earlier this week, former Chicago Police Superintendent Garry McCarthy announced he is running for mayor of Chicago, putting him against the man who fired him in 2015, Mayor Rahm Emanuel.

McCarthy joined ABC7 Friday morning to talk about his run. He said he is running because he, "can't stand by and watch what is happening in this city," and that he would be running even if Emanuel wasn't running.

On police reform, McCarthy said he would give the superintendent more authority.

"In the Laquan McDonald case, the only thing I could do was put him on paid desk duty, Jason Van Dyke, by Illinois state law. I was not in charge of the discipline system of the Chicago Police Department, which gave me accountability without authority," McCarthy said.