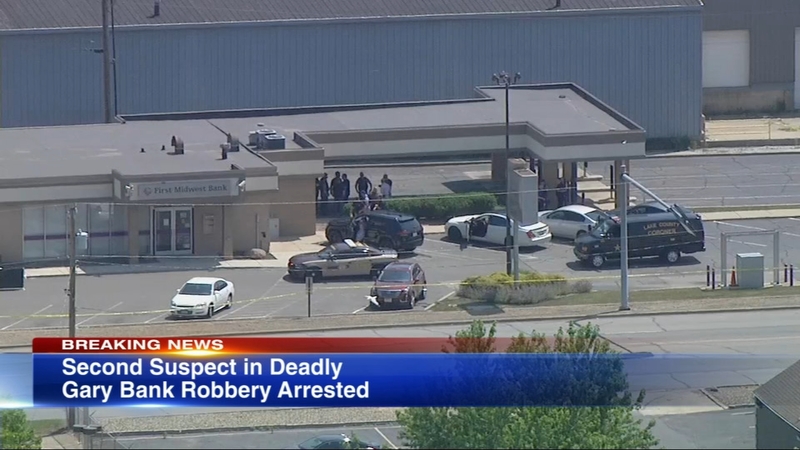 GARY, Ind. (WLS) -- After a week on the run, the second suspect in the murder of a Gary bank security guard is in custody.

Richard Castellana, 55, was shot and killed while working security at the First Midwest Bank bank in Gary, Indiana after he was ambushed by two men robbing the bank on June 11.

Both suspects were caught on surveillance cameras around 1 p.m. carrying guns before ambushing Castellana outside the First Midwest Bank at 1975 Ridge Road. Witnesses said they heard at least two gunshots.

One suspect, 24-year-old James King of Miami, Florida, was found hiding behind the trees in a wooded area near 43rd Avenue and Garfield Street, authorities said.

Law enforcement said they found a backpack containing a .40 caliber Glock Model 22 handgun and approximately $9,000 in money when King was taken into custody. King faces murder and robbery charges in connection to the case.