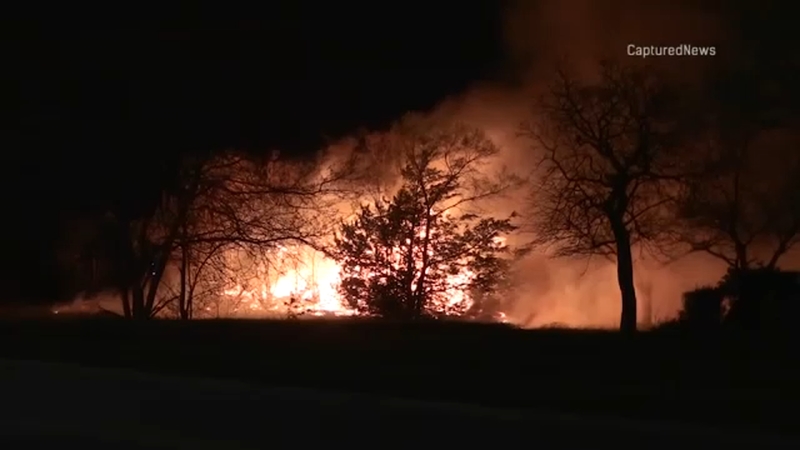 At least a dozen different fire departments were at the scene and battled structural fires, according to the Highland Fire Department on its Facebook page.

One of the houses that had already been boarded up had its roof cave in due to a fire. Sizable flames at another scene were also seen at a home that was boarded up.

Arson was suspected in earlier fires this week, according to the Northwest Indiana Times.

Gary fire officials have not provided additional information about whether the incidents were related.

A person from a board-up company said he saw multiple fires throughout the Gary area, but there was not anything to be boarded up at certain scenes because the structures had completely crumbled to the ground.

There were 15 to 18 suspicious fires overnight Gary fire officials said. All of the structures were vacant.