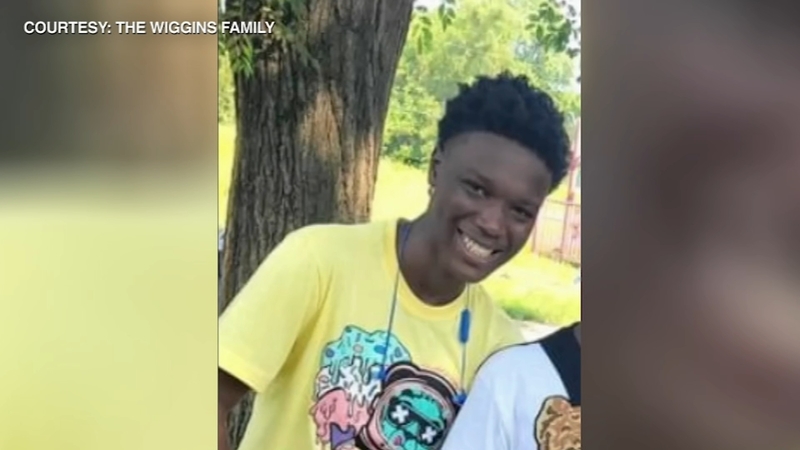 GARY, Ind. (WLS) -- Family have identified the 15-year-old boy killed in a shooting in Gary, Indiana Monday as Jayvon Wiggins.

"We're not taking it well at all because of the way it happened. I feel like it was senseless. He didn't deserve it," said his aunt Shelia Wiggins.

"He went outside. He was walking to the store. Somebody rolled up on him, and they just shot him," she said.

Gary police said the shooting happened just after 9 p.m. Saturday on Virginia Street near 21st Place. Wiggins was shot multiple times and died at the scene as the suspect drove off, family said.

His death has shattered those who love him, but his cousins said his funny and bright personality will keep their spirits up.

"No matter what, when I looked at him he made me happy," said Asia Phillips, cousin. "But I didn't show him that, and I regret not showing him that."

"Moving forward I know my cousin would want us to be happy. He wouldn't want to see us down like this," said Tequila Phillips, cousin.