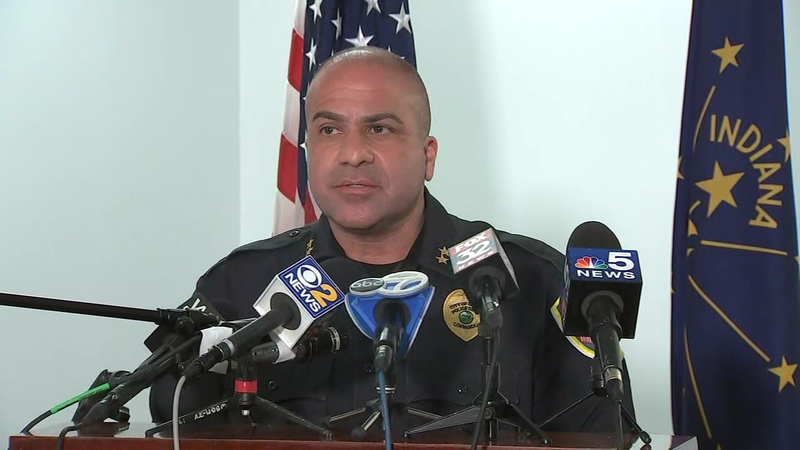 Ariana Taylor, 23, had been reported missing earlier this month after an evening out with friends.

"I want to offer my deepest condolences to the Taylor family and all the friends who helped us during the search," said Gary Police Chief Brian Evans.

Gary police said they found her SUV crashed and badly damaged about 1,000 yards off the road in a heavily brush covered area near the junction of I-80/94 and I-65. They said no one was inside.

A canine team searched the area in near 2800 Colorado Street in unincorporated Lake Station found a body in a ditch near Bellaboo's play area Wednesday, officials said. The Lake County (Ind.) Coroner's Office responded to the scene and and the body was identified as belonging to Taylor.

"We believed that Ariana Taylor was out there that's why we formed what we did today," said Gary Police Commander Jack Hamady.

"Without question, it's unfortunate we are here today and what's more unfortunate is the result of this investigation that positively identified the body as that of Ariana Taylor," said Gary Mayor Jerome Prince.

Police said Taylor's body was found roughly a mile south of where her car was found.

Gary Police said this is considered a death investigation and although the Lake County Metropolitan Homicide Task Force is involved, it is possible Taylor walked to location after the accident.