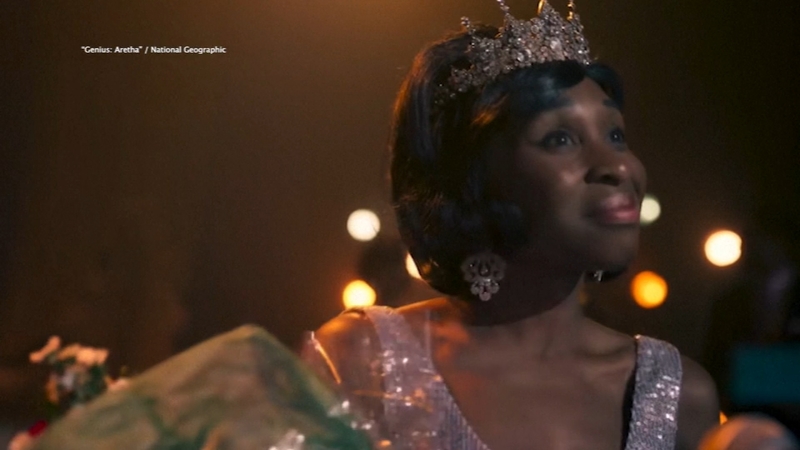 What made Aretha Franklin a genius? A new limited series premiering this weekend on the National Geographic Channel gives the late star a lot of R-E-S-P-E-C-T, and heralded actress Cynthia Erivo gets the privilege of playing a woman she first heard at the age of 9 in England.

Erivo has won a Grammy, a Tony, an Emmy, and is a two-time Oscar nominee. But portraying the legend known as the Queen of Soul, who reigned for more than half a century, may be one of the toughest jobs in all of show business.

"I was overwhelmed with a sense of responsibility to be able to tell the story," Erivo said. "And you know her voice is one in a million, so it's also making sure the music feels right and we're doing it the right way. It was a huge honor to be able to take it on, but you know, if things don't have a little bit of a scare factor in them, probably not worth doing. So part of me is also thrilled by that. If it scares me a little bit, then it's probably a good thing."

What made Aretha Franklin a genius? A new limited series premiering this weekend on the National Geographic Channel brings her story to life.

Above: Watch "The Sitdown with Sandy Kenyon" as he interviews Courtney B. Vance and Shaian Jordan.

In NatGeo's 'Genius: Aretha," actress Cynthia Erivo plays the legend she first heard at the age of 9 in England.

Above: Watch "The Sitdown with Sandy Kenyon" as he interviews Cynthia Erivo.

Part of the difficulty, she said, was the range of music, the different styles of music, and the different eras. It's part of what is striking about watching the miniseries.

"Oh my goodness, yeah," she said. "I mean, that was more of a delight than a difficulty, so I listened to her growing up and I know how far her range stretched. So that, for me, was really exciting."

The limited series spans Franklin's entire life, including her start singing in her father's church and becoming a mother at the age of 12.

Shaian Jordan is the remarkable young performer faced with the big task of playing Franklin as a young girl.

"Those are really deep emotions for Aretha, and I felt like the hardest part was to connect to that," she said. "Because I really had to tap into my inner emotions."

"Genius: Aretha" places Franklin at the heart of the civil rights movement and shows how she made her way in what was, at the time, a music business ruled by men.

(She) was so determined in being able to own the music that she had to be seen as an equal in her industry," Erivo said. "I think that people don't realize just how much she fought for herself and how constantly she was doing it."

The star told me she had the benefit of meeting Franklin twice. The first came after a performance of "The Color Purple" on Broadway, while the second was at the Kennedy Center Honors. She said the Queen of Soul recognized and remembered her, saying, "Oh yeah, you're that girl who can sing!"