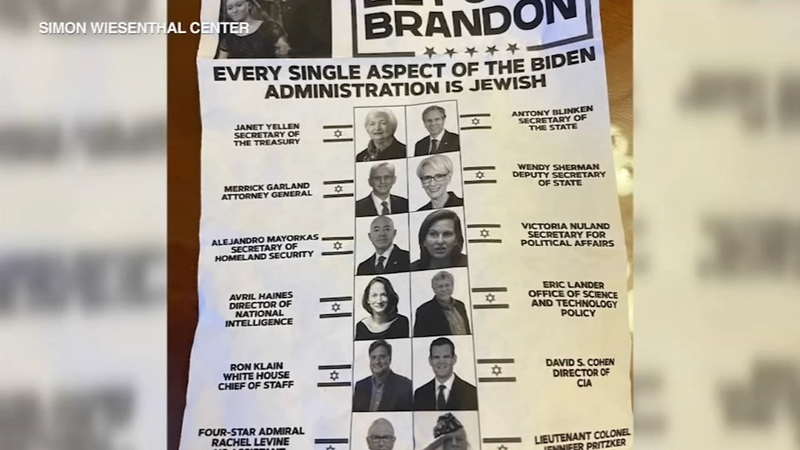 "It's sad," said Jill Schwartz, resident. "I don't even know what to say about it, that there's somebody who could be so hateful to feel that way, to actually distribute things like that. It's just terrible."

Glenview village officials said the community will not tolerate any kind of hate. Over the last few weeks, similar flyers have also surfaced in Park Ridge and Niles.

"These anti-Semitic bags contained hateful rhetoric about Jews and included pictures of Jewish elected officials including me and our governor," Senator Fine said.

A group of bipartisan state lawmakers in Springfield condemned those responsible for the flyers. The Anti-Defamation League, which tracks anti-Semitic incidents, said instances have increased by 84% in the Midwest between 2016 and 2020.

"It is-- we believe it's being spread by a loose knit group of individuals. We don't really know who they are, but there's obviously something that's coordinated that's going on right now," said David Goldberg, Anti-Defamation League. "And we've seen a continued rise; this past year was the second highest total amount of white supremacist propaganda that have been distributed in the U.S. since we began."