Grandmother takes in 3 children found living in squalor in Chicago 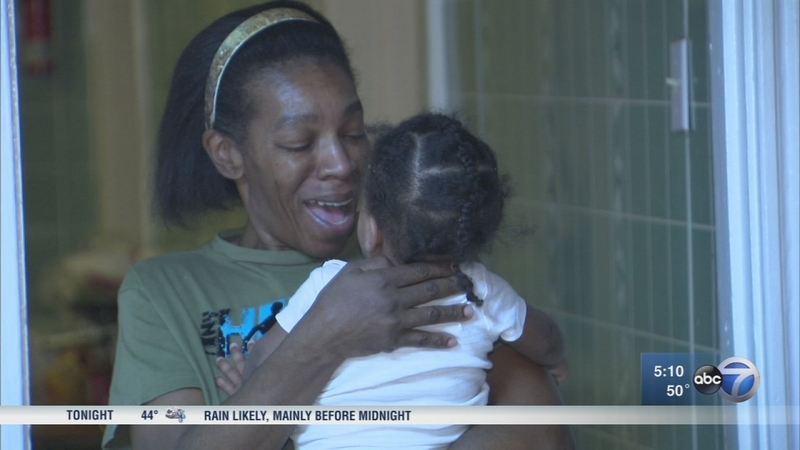 CHICAGO (WLS) -- Three children who were found living in a filthy, abandoned home three weeks ago are now being cared for by their grandmother.

Chicago police discovered the girls - ages 7, 2 and 1 - alone in the squalor a few weeks ago in a South Side two flat without running water, heat or electricity. It had been months since they were bathed and the oldest child had never gone to school.

"I had to cut their hair, it hadn't been done in months, they had sores on their head," said their grandmother Dlores Anderson, 53.

Anderson credits Chicago police officers with helping her start a new life with her grandchildren. On Monday, they were happy, health and starting to gain weight.

Her son had lied to her about where the kids were living, so she had no idea until police called her. She immediately told officers she would take custody and raise the children.

"They are my heart now, I'm going to show them they can be loved and taken care of like children are supposed to," Anderson said.

Taking care of them meant Anderson lost her two jobs.

"I keep my faith in God and I believe that things will get better for us and it slowly has," she said.

The same police officers who discovered the girls living alone have pitched in to help buy Anderson some supplies like beds and diapers. They also gave the girls their first ever birthday parties.

"These officers, they have been a blessing, when my own family won't help, I have no friends, all I do have right now is God and them and now my grand babies," Anderson said.

The 7-year-old girl is attending school for the first time.

Police took the children's father into custody. The mother is not in custody.