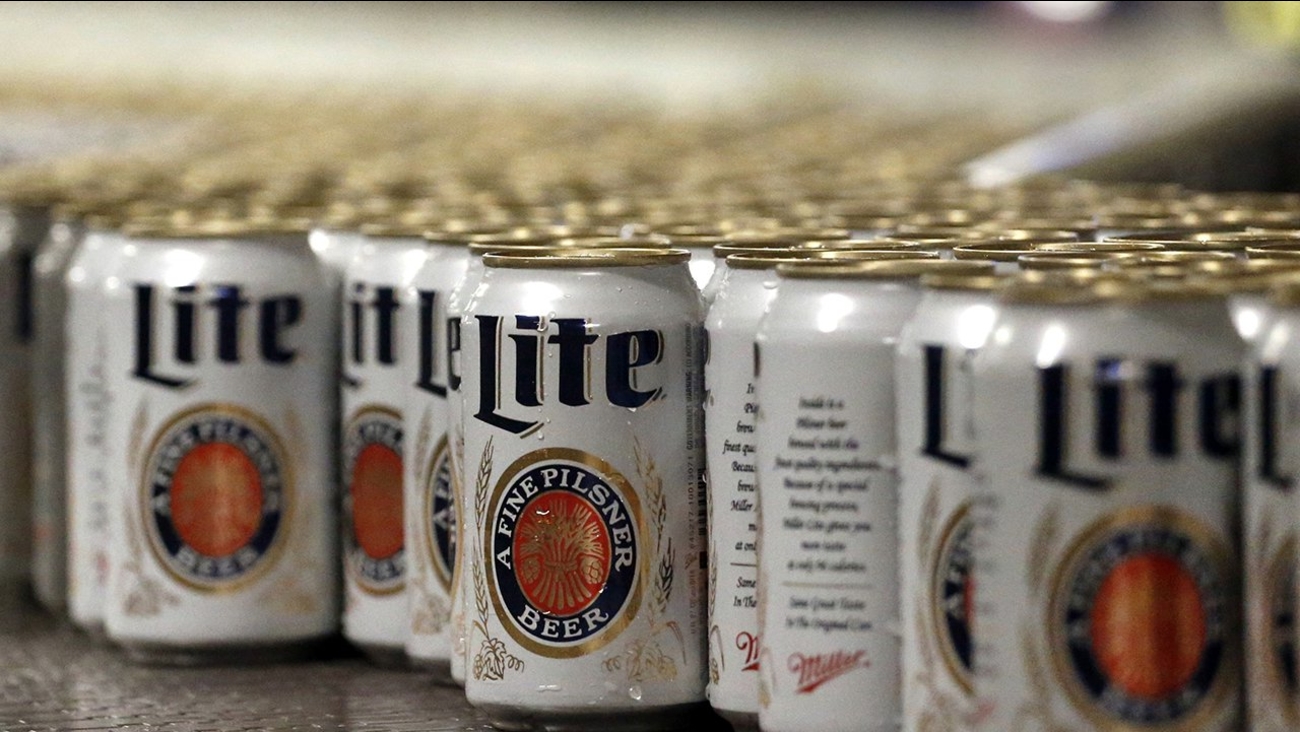 In this file photo, newly-filled and sealed cans of Miller Lite beer move along on a conveyor belt, at the MillerCoors Brewery, in Golden, Colo. (AP Photo/Brennan Linsley)

CHICAGO (WLS) -- A bar in Chicago's Roscoe Village neighborhood is vowing not to buy certain beers after a company executive held a fundraiser for President-elect Donald Trump over the summer.

"This is news from back in June but it's important to keep in mind in the post-election landscape.

"We will no longer buy Miller lite or Miller High life - the remaining cases that we've already purchased will be sold for $6 a bottle and all profits will be donated to Planned Parenthood in Pence's name," the Wednesday Facebook post said.

The post continued with a list of brands to avoid, but did not indicate if those brands would also no longer be sold at The Green Lady:
Coors
Killian's Red
Keystone
Hamm's
Mickey's
Miller
Milwaukee's Best

The Denver Post article reports Coors co-hosted the Trump fundraiser, with entry at $10,000 per couple, at the home of former Denver Broncos coach Mike Shanahan. The event was cohosted by others, the Post said.

Trump lost his primary in Colorado to Sen. Ted Cruz, and lost the state in the general election to Hillary Clinton.

"I didn't know about it in June," owner Melani Domngues told GuysDrinkingBeer.com. "If I had I would have gotten rid of it a long time ago."

"I'm not trying to judge anyone for what they do, but as a publican and a citizen, this is how I can stand up and be counted and model behavior for my 5-year-old girl," Domingues told the Chicago Tribune.
Related topics:
food & drinkroscoe villagedonald trumppoliticsbeer
Copyright © 2022 WLS-TV. All Rights Reserved.
TOP STORIES
9 shot, 2 fatally, on Near North Side
13-year-old carjacking suspect critically injured in police shooting
City Council to take up ordinance on curfew changes
United cancels couple's flight, charges $4K more for same seats
Val, Ryan talk prom season, athlete battling Parkinson's disease
Chicago Weather: Hot with showers, storms Friday
Wild shootout at 7-Eleven store caught on video
Show More
Marine veteran seriously injured in Irving Park hit-and-run
PGA Championship picks, predictions with ESPN Chicago's Randy Merkin
Teen shot and killed in vehicle on Far South Side ID'd by ME
Celebrate National Streaming Day with Hulu for $1/month for 3 months
Our America: Because I Am | Full episode
More TOP STORIES News