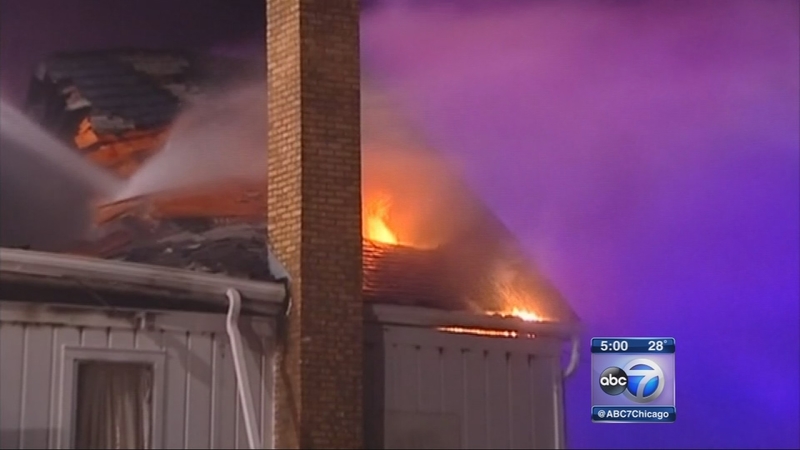 ISLAND LAKE, Ill. (WLS) -- Fire investigators returned to the Guru Nanak Sikh Mission temple in northwest suburban Island Lake to survey the damage on Wednesday. Flames engulfed the temple, located in the 200-block of West State Road, around 8:30 p.m. Tuesday, just a couple hours after services let out. No one was inside the building during the fire and no one was injured.

The Wauconda Fire Department is investigating, along with the Illinois Fire Marshal's Office and ATF. Officials said there is no evidence of foul play, but the building and the house next door where the pastor lives are part of a more than decade old dispute. During a previously scheduled hearing on Wednesday, the judge ordered the building sealed.

The night before a court date, to us, it is suspicious," Jaskaran Khaira, former member, said.

"This is a very, very old structure and there's no fire stopping between the various floors. So at one point, we decided to go into a defensive operation and utilize companies on the outside of the building," Wauconda Fire Chief David Dato said.

Village officials shut down the temple in 2011 for several code violations and possible fire hazards, but Siingh said they were repaired and the building was in compliance.

"The village told us to do things, then we did," Pastor Baba Dalgit Siingh said.

Since the mission is a place of worship, it is customary for the state fire marshal to look into the cause of the fire. The ATF is assisting in the investigation.