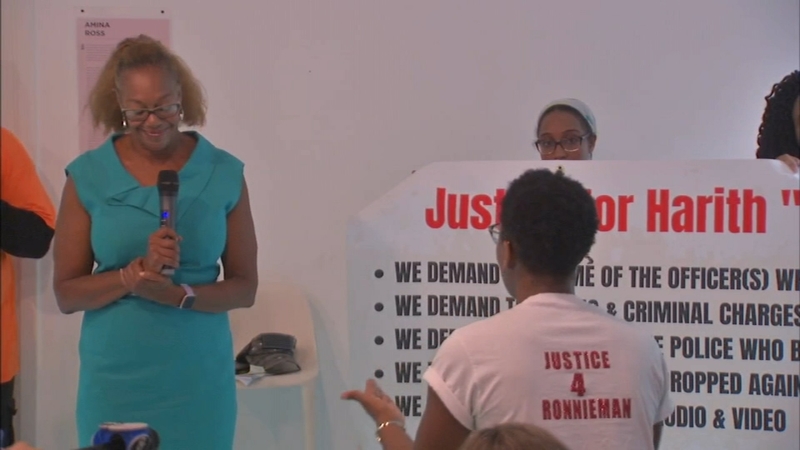 CHICAGO (WLS) -- Tempers flared during a community meeting 10 days after the fatal shooting of Harith Augustus, as protesters again demanded the release of more video from the shooting.

There are still unanswered questions and raw emotions, and Tuesday night they came pouring out.

It was standing room only with no one standing down.

Hairston got an earful following the shooting of Augustus, 37.

"We're trying to get accountability so we can have control of the police in our community," one man said.

The encounter on July 14 was captured on police body cam, showing Augustus being approached by officers who suspected he had a gun. The video reveals Augustus was armed and appeared to reach for his waistband before being shot by police.

"The vast majority of the protesters were outsiders coming to the scene to agitate and incite chaos," Hairston said at the meeting.

"Who told you that? You were not there! How do you know," a woman responded.

"We need to demand a thorough investigation," Hairston continued.

Activists demanded the alderman press for the release of the names of the officers involved.

"The public is entitled to know what happened," Hairston said.